Limerick U20 footballers and hurlers on the road in Munster 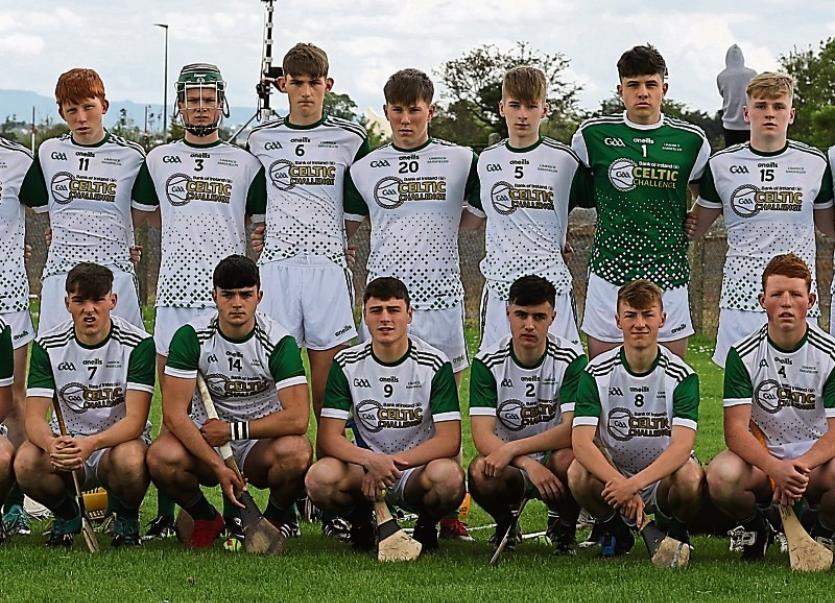 THE Limerick U20 footballers and hurlers are in Munster Championship action in the coming week – both away from home. On Tuesday July 2 (7pm) Limerick are off to Thurles to play Tipperary in football and then on Wednesday July 3 (7.30pm) the hurlers are in Pairc Ui Rinn to play Cork.

The Limerick U20 footballers face a Tipperary side managed by former Limerick minor and U21 football manager Tom McGlinchey.

Limerick will go to Semple Stadium fresh from the Liam O’Connor Cup – an Inter County Football Development League. Limerick lost to Offaly, Westmeath and Clare in that new competition.

Limerick lost heavily to Kerry in the Munster U20 championship last season and five of that starting team are again involved - Cillian Ferris, Karol Moloney, Lee Woulfe, Calvin Moran and Barry Coleman, while another five of last year's panel are also still involved.

Cillian Ferris is the Limerick captain with Noel Callanan the vice-captain.

Victory for Limerick would book a July 11 semi final with Kerry in Tralee.

The Limerick U20 hurlers are captained by Adare's Ronan Connolly with Doon's Mikey O'Brien as vice-captain. O'Brien is also currently a member of John Kiely's senior panel but hasn't featured in a matchday championship panel to-date.

Limerick are managed by Paul Beary with coach-selectors Ger Downes and Paul Browne. It's a busy spell for current Limerick senior hurler Browne, with Limerick playing Tipperary in the Munster SHC final three days before the U20 encounter.

The Limerick U20 goalkeeper coach is Aaron Murphy with Mark Lyons and Leo Morrison looking after the team's strength and conditioning.

When they group were minor (2017), Limerick lost to Tipperary but then beat Waterford before losing to Clare in a semi final. Cork were impressive Munster champions two years ago.

Victory would advance Limerick to a July 10 semi final in the LIT Gaelic Grounds with Clare.