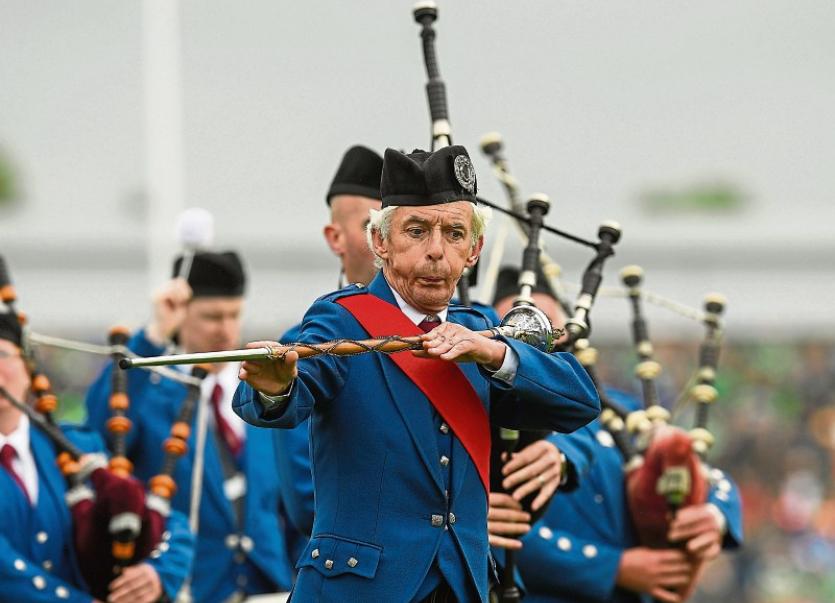 The Tulla Pipe Band will provide entertainment this Sunday

PRESIDENT of Ireland Michael D Higgins will be guest of honour at Sunday’s Munster SHC final in the LIT Gaelic Grounds. The attendance of the president will add to the sense of ceremony for the Limerick v Tipperary final at a sold-out Ennis Road venue. Unlike the round robin games in the provincial championship, there will be a pre-match parade on Sunday led by the Tulla Pipe Band.

Sunday’s curtain-raiser, Limerick v Clare in the Munster MHC final, has an 11.30am start to allow for the eventuality of extra time but were this final To finish in normal time, Mongey Communications who look after the sound system in Croke Park, will be on-site to provide music and fanfare before the arrival of the senior teams.

Sunday’s final will see the Ennis Road venue at a capacity of 44,023 – the official capacity when initially redeveloped was 49,000 but due to health and safety restrictions and as a result of some renovation works, the maximum attendance has reduced in recent years.