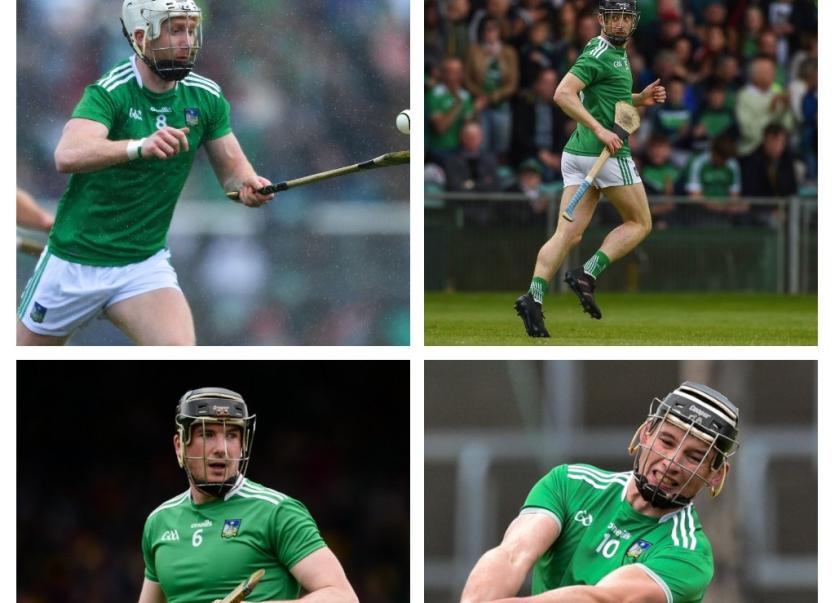 LIMERICK have made four changes to their team for Sunday's Munster Senior Hurling Championship tie with Tipperary.

Hurler of the Year Cian Lynch and All-Ireland winning captain Declan Hannon are among those to drop out of the team that had Limerick's biggest Munster SHC win over Clare since 1941 in the LIT Gaelic Grounds last Sunday.

Also dropping out of the team are Graeme Mulcahy and Gearoid Hegarty.

Into the side for the final round group game in Semple Stadium are Shane Dowling, Seamus Flanagan, Dan Morrissey and Darragh O'Donovan.

Hannon is the only one of the four dropping out that not listed among the 11 substitutions. The Adare man has started the last 17 championship games for Limerick - a 2015 All-Ireland Qualifier v Westmeath the last game he didn't start.

The absence of Hannon, means the half back line is that which played against Dublin in the Allianz League semi final - Byrnes, Morrissey and O'Loughlin.

Cian Lynch is one of six that have played every minute of the 2019 Munster SHC to-date. His omission ends a run of 14 successive starts in the championship stretching back to a 2016 All-Ireland SHC Qualifier with Clare.

Of the four newcomers Dan Morrissey and Darragh O'Donovan have already made Munster SHC starts this Summer and both Dowling and Flanagan have played roles off the bench.

Dowling starts his first championship game since the loss to Clare last Summer. His introduction means there are four Na Piarsaigh players in the line-up.

Limerick have used 23 players in the three games to-date in the Munster SHC and on Sunday six of the 11 substitutions haven't see championship time in this campaign.

In the absence of Hannon, Limerick will be captained by Tom Morrissey.

Meanwhile, Tipperary have made three changes from the side that beat Clare in Ennis two weeks ago- into the team come James Barry, Sean O'Brien and Jake Morris for Alan Flynn, Barry Heffernan and Dan McCormack.

Sunday's game has a 2pm start and will be live on RTE television's The Sunday Game.

While stand tickets are sold-out, terrace tickets (€20) will be on sale outside the group on Sunday.