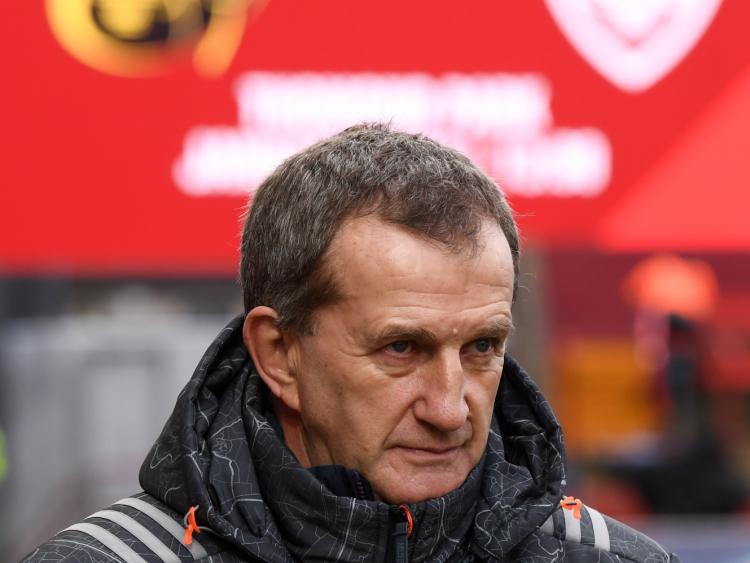 Munster Rugby and the IRFU have today confirmed that Munster Rugby Chief Executive Officer Garrett Fitzgerald will retire in June on reaching the age of retirement. Fitzgerald, who has served as Munster Rugby CEO since 1999, is the longest-serving provincial chief executive in Irish rugby.

During his time, Garrett spearheaded the province’s rise in the professional era overseeing a 20-year period that has produced the greatest days for the province, with successes on and off the field.

Some of the landmark moments throughout an illustrious career include the province securing silverware in the League on three occasions and winning two European Cups, the redevelopment of Irish Independent Park and Thomond Park, and the move to one training centre at the High Performance Centre in UL.

Most recently the Munster chief was deservedly honoured by the Federation of Irish Sport for his outstanding contribution to sport.

On confirming his retirement Garrett Fitzgerald said, “I look back on my time in Munster Rugby with the fondest of memories. I have experienced fantastic days, working with great people in a unique environment, and for this I am very grateful.

“I would like to thank my wife Áine and family, without their support over the past 20 years none of this would have been possible.”

“A strong identity and unique culture are two of Munster Rugby’s greatest assets, and with the ever-changing rugby landscape it is this culture and a shared belief system that sees the province consistently thrive at the highest level.

“I believe harnessing all that is good about Munster Rugby will lead to future success for the province, and I look forward to seeing the brand and organisation continue to go from strength to strength.”

Chairman of the Munster Rugby Board, Gerry O’Shea, commented, “On behalf of Munster Rugby I would like to wish Garrett a very happy retirement with his wife Áine and family.

“Garrett was the province’s first CEO, and brought Munster Rugby through the fledgling professional era overseeing the successful transition from an historically amateur game to the professional international sport it has now become.

“Under Garrett’s stewardship Munster has scaled the heights of European Cup and League titles, redeveloped Thomond Park into one of the finest rugby stadiums in the world, built a state-of-the-art High Performance Centre at the University of Limerick, and completed a superb redevelopment of the facilities at Irish Independent Park, including the addition of an artificial surface.

“During this time, the province also consistently produced players of the highest calibre who contributed to Ireland and British and Irish Lions success.

“Thank you for 20 years of outstanding commitment and service to Munster and Irish rugby, and from the people of Munster, we say – well done Garrett.”

Philip Browne, IRFU CEO, said, “Everyone in Irish rugby will join me in thanking Garrett for the many years of service he has given to the game, and to wish him well in retirement.

“Since his appointment in 1999 Garrett has transformed Munster Rugby. He has succeeded in keeping the very best of the amateur era and ethos at the club, while building it into a professional sports club that is the envy of many throughout the rugby world.

“On a personal level, I would like to thank Garrett for his openness, his professionalism and his friendship, and I thank Áine, and all Garrett’s family, for allowing us to have so much of his time and energy, for all these years.”

Munster Rugby and the IRFU will begin a recruitment process to fill the position. In the meantime, Philip Quinn will continue in his role as Acting CEO.