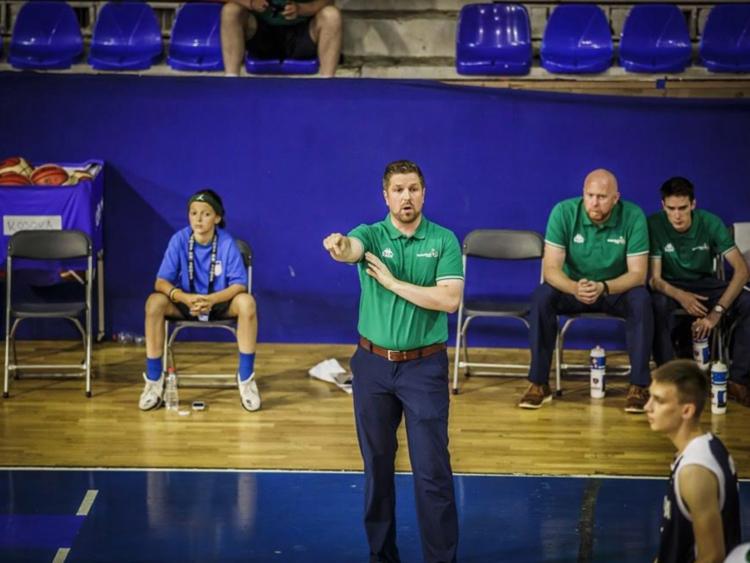 Ireland U18 men’s head coach, Paul Kelleher, has today announced his final roster of 12 players who will go on to represent Ireland at this year’s FIBA U18 Men’s European Championship Division B in Romania. Limerick duo Nate Moore and Ronan Cregan are among the 12 will tip off the European Championships in Oradea July 26 to August 4.

Speaking about the announcement, Coach Kelleher stated: “This has been maybe the most difficult decision that I have had to make in 13 years of selecting national teams. There is a fantastic depth in this squad and while excited about our final 12, I’m also sad for the three players not selected. We have a wonderful group of players, and that is something to be excited about. We will prepare to a high level over the coming months, and we are excited about preparations and hopefully this will lead to a fruitful European Championships.”

The Ireland U18 men’s team won bronze in Division C last year and got promoted back to Division B for this summer’s Championships.

You can view the official event website here: http://www.fiba.basketball/ europe/u18b/2019