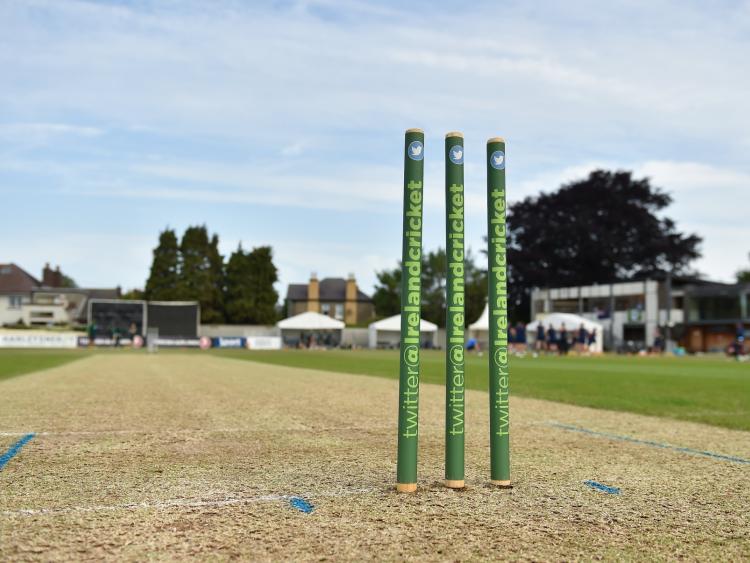 It was a rollercoaster ride for Limerick Cricket Club on Sunday last as they missed their opportunity in upsetting champions Cork County in Adare - County running out eventual winners by 127 runs. As with a lot of cricket matches, the final score does not always accurately reflect the ins and outs of the game and this was certainly the case on Sunday afternoon. Limerick lost the toss and so were put into the bat by Cork County in decent weather conditions in Adare.

It was certainly Limerick that started the brighter, Sayed Ahmed ripping through the opposition top order with the new ball and taking some big scalps. Captain Sarfraz Ramay brought himself on first change and added to Cork County’s worries by taking two more wickets. Cork County found themselves on 77-5 and struggling big time against a determined Limerick side. The wickets kept tumbling after drinks when club pro Arsalan Anwar came on to take two more wickets and disrupt some middle order partnerships along with Azeem Khan who also chipped in with two vital wickets.

Limerick had County strangled on 178-9 before a 50 run stand for the last wicket saw County push to a respectable, albeit achievable, target of 227-9 at the conclusion of their innings, Sayed Ahmed the pick of the Limerick bowlers finishing with figures of 3-37 from his 10 overs, an impressive performance all around from Limerick’s bowling attack to contain County to under the 250 mark.

Limerick began their innings quite well, Azeem Khan and captain Sarfraz opening the batting for the Shannonsiders and the former taking matters into his own hands with some impressive opening boundaries. However, if avalanche was a cricketing term then this was it as everything came tumbling down at a rapid pace for Limerick.

After the wicket of Azeem (23), Limerick collapsed with some complicated running between the wickets leaving them scratching heads. With no batsman able to make a start and County’s relentless bowling attack continuing to be ruthless, Limerick could only stagger to 102 all out.

A hard day for Limerick with definitely a few learning points to work on before they face rivals Limerick City CC next weekend in Lycidan- a must-win game for Limerick if they want to climb the table.

The only other club game this weekend was another unfortunate loss for Limerick in the All Rounder MCU Division 1 league against County Kerry by a cricket score of 245 runs in Adare on Saturday, Kerry finishing their innings on 398 runs with Limerick only with 153 in reply.