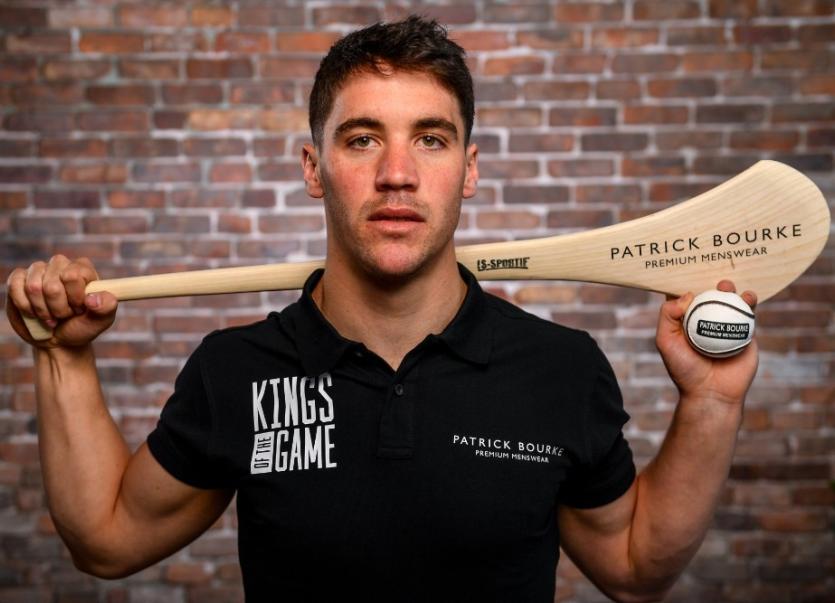 In Sean’s three seasons, he matches the number of games his father Brian started across nine seasons in the green and white.

“Obviously he knows what it's like as a player and the best thing he says sometimes is nothing at all,” explains Sean of his family support network.

“He (father, Brian) knows, coming up to big games like the All-Ireland semi final and final, that I like spending time on my own. His best advice probably was to tell me 'you'll make mistakes in games'. Players go into games worrying about making mistakes but they're going to happen, it's a matter of how you deal with them and managing those anxieties before games. He knows when to say stuff or just small stuff,” said 23 year old Sean.

“My mother also knows if I'm in bad form it's usually about hurling! They're both a great help to me.”

This Sunday, it’s all focus on Limerick-Cork in the Gaelic Grounds but on Monday Sean starts his first full-time job – with Northern Trust Financial Services.

“Whatever happens against Cork I'm still going to have to be fresh and ready for work the next morning but that's exciting too,” said Sean, who is an ambassador for Patrick Bourke Menswear and their 'Kings Of The Game' campaign.

Ahead of Limerick’s 2019 championship debut, the Bruff defender is a fan of the new Munster SHC format.

“You could be playing once every four weeks and training hard in between, or playing tough, enjoyable, competitive games every weekend and training quite easily during the weeks because it's so much about recovery now in the championship. As a player I prefer more games and I can't see how it doesn't benefit both the players and the supporters,” said Finn.
“When the conditions are good there's no better place to be than playing championship games! With crowds of 25 to 30,0000 you'd nearly crave that every week. You can't beat that feeling. The new Championship is giving us that. It tests the strength of the panel too. You can be rested, you can pick up injuries and have time to recover, so it gives lots of players championship experience which is great too.”

"I wore the exact same pair for the whole summer, but they were definitely washed between matches. Cian Lynch had the same pair too, but you'd wonder did he wash his at all!" outlined Finn.

"I found a different pair recently that I quite like so I'm going to stick with them. They're the only stripy ones I have and the colour is going in them already, but they'll be the ones this summer," he joked.

New socks or not, Finn will be in the Limerick full back line, be it corner back or full back.

"Well I was only at full back because Mike (Casey) was out for a couple of weeks. The way the game has gone, essentially, it's three corner backs inside there now because there's so much movement all the time so it didn't feel too much different," outlined Finn.

"It really depends on who you're playing against too. Kilkenny play more traditionally than a lot of teams who play two inside, so it varies with every game. You'd notice people trying different patterns of play during the league alright but we tend to focus on ourselves and that's always been how we've been. We bring the honesty, hard work and intensity and it's up to other team to match that."

Limerick are 3/1 favourites to win the All-Ireland once more but Finn stresses the competitive nature of the championship.

"It is going to be mad competitive again. Technically there's eight points up for grabs and you need to grab as many of them you can, even with draws. That's all we'll be thinking about facing Cork the first day," he said of the Munster SHC.

"I don't think anyone will win four in Munster this year, it's certainly unlikely, even though that would be your dream.
I reckon you're likely to get through with six or even five points. You have to win two of your games at least and then see what else happens."

He continued: "It's so competitive you can't be concentrating on the first or the third or the last game, it's a matter of taking every single game as it comes and getting the most you can out of each one. If you get the one point for a draw you'll take that because, look at last year - those draws really mattered! Technically there's eight points up for grabs and you take it game for game".

"All we're looking at is the Cork player and the thought of grabbing those two points. Obviously we had some amazing clashes with them last year so that's a really, really tough one to start with."