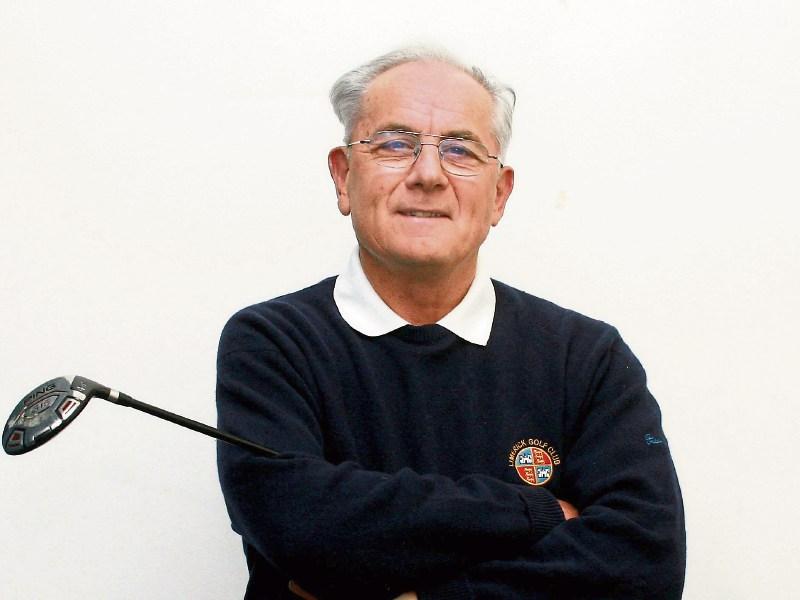 EVER since the Olympic Games had to be squeezed into the golfing calendar, the biggest tournaments are arranged to come thick and fast.

There has hardly been enough time to catch one's breath since The Masters took place in the second week of April.

Meanwhile, the world of golf is agog with anticipation to see if Tiger Woods can win his sixteenth major?

The man himself has been resting on his laurels and hasn't played a competitive round since Augusta before he tees it up at Bethpage Black on Thursday week.

The Players Championship at Sawgrass was played in March (a much more suitable date for any Florida venue) and The PGA Championship was moved into the middle of May.

This means the six biggest golf championships are now scheduled on a monthly basis to fall in March (Players), April (Masters), May (PGA), June (US Open), July (British Open) and August (Olympics, every fourth year).

With all of his faults, one must acknowledge that Tiger Woods is good for golf. He creates a buzz amongst sports fans that no other golfer today can replicate. Even if I was a doubting Thomas about his ability to come back and win another major, I take my hat off to Tiger. One doesn't have to be a 'golf expert' to appreciate Tiger's ability to raise his game, focus hard, intimidate opponents and get the job done. All the talk now is how many more majors he will win and if Jack Nicklaus's record of 18 is under threat?

Almost to a man the best golfers are dull and uninspiring. Brooks Koepka, Justin Rose, Dustin Johnson and Francesco Molinari are among the top half-a-dozen golfers in the world. Go on, tell me which of them is oozing with flair and personality that bears any comparison with Woods?

Tiger rode his luck and held it together at Augusta when all of those around him couldn't. His biggest drawback is the fact that he is 43, and an 'old 43' at that because of all the surgeries and traumas he has been through.

Don't forget that he had his first back operation in March 2009. September 2015 Woods had his 2nd microdiscectomy. One month later, he had his third back surgery: a single fusion of the S1/L5 discs. In May 2017 Tiger lost consciousness behind the wheel of his Mercedes with two blown out tyres.

His urine sample contained Vicodin, Dilaudid, Xanax, Ambien and THC. In August 2017 he entered a DUI first offender program. In October 2017 he pleaded guilty to reckless driving and was put on probation for 12 months; required to submit to regular drug testing, complete DUI school and perform 50 hours Community service.

In November 2017 Tiger Woods starts his comeback in the Bahamas and appears to be suffering from chipping 'yips'. September 2018, Tiger wins the Tour Championship at East Lake. April 14th, 2019 Tiger Woods wins The U.S Masters for the fifth time.

Some litany; some comeback! It's the best sports story for a generation. If a movie was made of it - nobody would believe it but the warning signs were there. With nine holes to play, Tiger led The Open at Carnoustie last year won by Molinari. Those, like me, who didn't give him a chance after that close call were slow on the uptake!

In his victory press conference, Woods used words like, ‘blessed’, ‘fortunate’, ‘lucky’, and ‘amazing’ - words never in his vocabulary in the past. It could be that deep down he thinks No. 15 could be his last hurrah?

Or, perhaps, he is genuinely seeking ‘redemption’ and wants to be a good role model for his kids. To paraphrase Rudyard Kipling: Humble in victory; humble in defeat. Treat those two impostors just the same, you will be a man, my son!

Having read Jeff Benedict and Armen Keteyian's book, it is very hard for me to ever cheer for Tiger but, it doesn't mean that I do not appreciate what he has achieved. To win any major after an 11-year gap is quite something.

Tiger is a driven human being but he is still 'only human' as, I'm sure, his back and knees keep telling him.

Remaining fit enough to survive through four days of championship golf on 7500-yards long courses is a much bigger physical challenge than people who follow other sports might think.

If Bethpage Black (PGA Championship) and Pebble Beach (US Open) are set up ‘super-tough’ Tiger's patented 'cut-stock-shot' will stand him in good stead. Portrush (The Open Championship) is weather dependent and less predictable.

Bethpage can be brutal and that is why I think Brooks Koepka is the most likely winner there. Brooks is young and fit and as strong as a bull. He hits the ball a 'straight mile' and putts beautifully. He performs under pressure and is a proven major winner with two US Opens and one PGA already notches on his championship belt.

Xander Schauffle has probably usurped Rickie Fowler as the player with no major wins to be the next 'maiden' to join the exclusive group. It's long overdue that Rory McIlroy 'roared' in a major again and Bethpage is just the place where he can exploit his immaculate driving to the nth degree.

Words to the Wise

I'm absolutely livid to hear that the BBC will be 'shut out' of showing any major golf championships 'live' in the very near future. All of golf's majors will be exclusively on SKY. Ugh!!