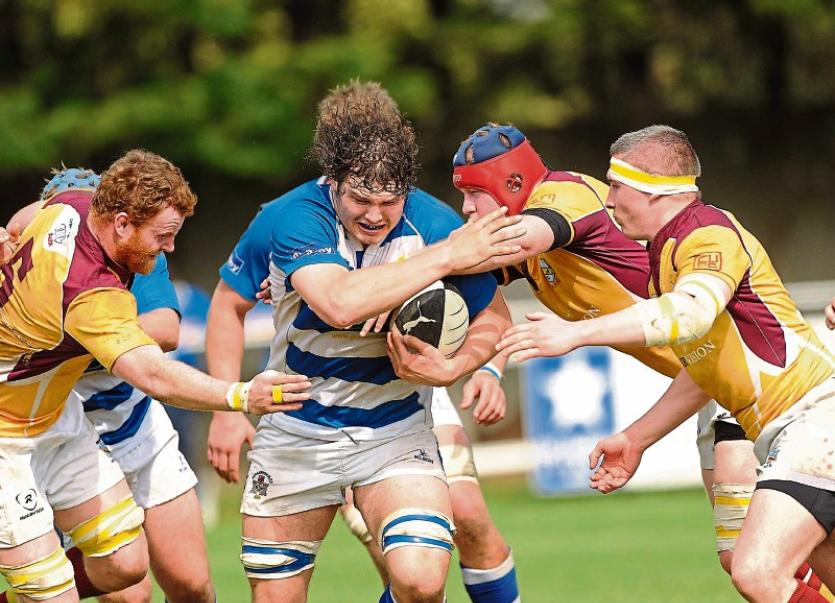 Bruff RFC’s heroes of seasons-gone-by will roll back the years in aid of a good cause this Saturday, April 13, as two teams comprising of the club’s past players take each other on in Kilballyowen Park.

The game is being played in memory of former Bruff second row Alfie Laffan, from Pallasgreen, who died from cancer in September, 2014, aged just 33. All of the gate proceeds from Saturday will go to Milford Hospice.

The game will be the prelude to an All-Ireland League clash between the senior teams of Bruff and Midleton, both of whom are flying high at the moment and vying for promotion from Division 2C.

Bruff’s senior side are unbeaten at home this season, and their game represents a chance for the current batch of players to take a step closer to adding a new chapter in the club’s proud history.

Many of those responsible for previous historical highlights – such as promotion from the ranks of Junior rugby and winning the All-Ireland Bateman Cup a few years later – will feature in the warm-up game.

Everyone playing will have called Alfie Laffan a teammate at some point in their playing career. The fixture provides an opportunity for those on and off the field to share their memories of a very fondly-remembered clubman, who died in 2014 after battling cancer.

President of Bruff RFC Neilus Noonan said it is a mark of how respected Alfie was that so many players were willing to dust off their boots for the veterans’ game.

“Alfie was a giant of a man on the field and a gentleman off of it.

He was part of two All-Ireland winning Bruff teams, at Under-20s and at senior for the Bateman Cup.

“We’re delighted to be able to mark his memory in this unique way, with so many of his former teammates running once more on to the field where he learned how to play the game,” the Bruff RFC Club President said.

A large crowd is expected in Kilballyowen Park for Saturday’s two fixtures, with the veterans’ clash kicking off at 12.30pm and the senior AIL game starting at 2.30pm.

All proceeds taken at the gate on the day will be donated to Milford Hospice.

If you cannot make the fixture and would still like to make a donation to mark the event, you can do so through Bruff RFC.

Donations can be lodged with the reference ‘Alfie Laffan Commemorative Game’ and the following account details.