Limerick star Diarmaid Byrnes: ‘We want to win things and we have an opportunity now’ 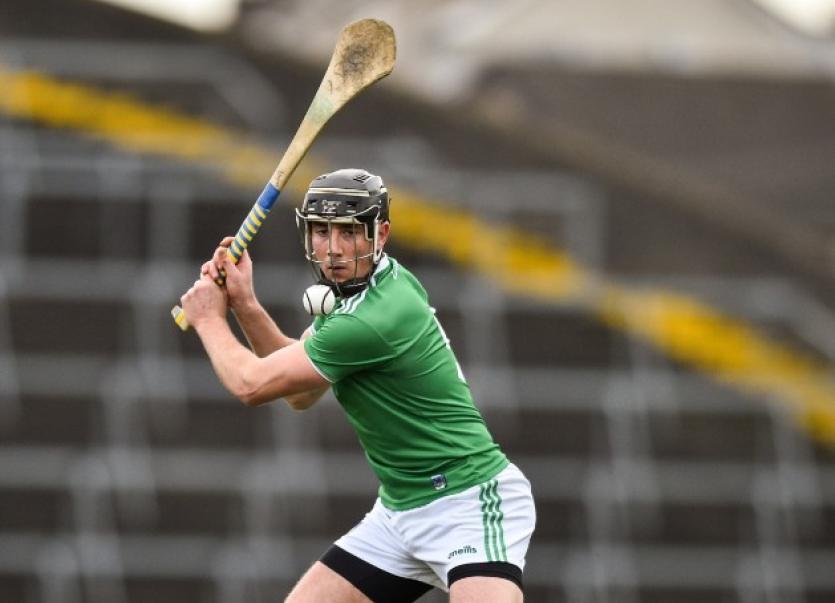 THE Diarmaid Byrnes mantra is quite simple – 'make hay while the sun shines'.

“We are going out training a couple of nights a well. We spend about 30/35 hours with each other – that’s not just to see each other” It’s a socialising thing too and we love each other, but we want to win things like, you know,” explained the Patrickswell man.

Twenty two years since the last league title for Limerick has Byrnes calculating that some team-mates like “Peter Casey or Seamus Flanagan might have been in the cot!”

“That’s what we are looking at,” said Byrnes of the Limerick wait for league silverware.

“We want to win things and we have an opportunity now. Just go out and win everything.”

Last Sunday, Byrnes was one of five players to start a fourth successive semi final and his Man of the Match display was testament to his desire to end that losing streak

“The last couple of years, we were at semi-final stage, so like we aimed for this today.

“We didn’t aim to be here – we just aimed to win every match as we go out. We were in a position today to reach a final. We took our opportunity while we were here,” outlined the LIT student.

The last of 20 Limerick league final appearances was 2006.

“You have to go back a long way now. None of the lads who are on the panel now would be next to or near that match. So, we are going to go up and enjoy it,” he said of Sunday’s final.

Happy memories of Croke Park of course from last Summer?

“Ah sure look, they are all in the past now. We can have very bad ones next Sunday if we are looking back on them. We will focus on next Sunday, and focus on ourselves and focus on the game.”

The defender is adamant Limerick have left their Liam MacCarthy Cup success in the past.

“Ah you have to. As you know yourself, you are around the county, it’s still a bit mad. But it’s still great, the buzz is still there a small bit, understandably so. Players are mature enough now to stay away from it, mind themselves and stay level headed, which we have. I think our performances are showing there that we are,” he outlined.

Sunday will be the 10th game of the 2019 season and some may fear Limerick are ‘going too well’ and could have a championship dip in form.

"Ah sure look there’s a lot of people hoping we are. They can think what they like,” laughed Byrnes.

"We will continue to worry about ourselves. If there is a dip in performance we will address it and we will drive it on again.”