John Kiely: 'Delighted to see Limerick back in Croke Park and back in a national final' 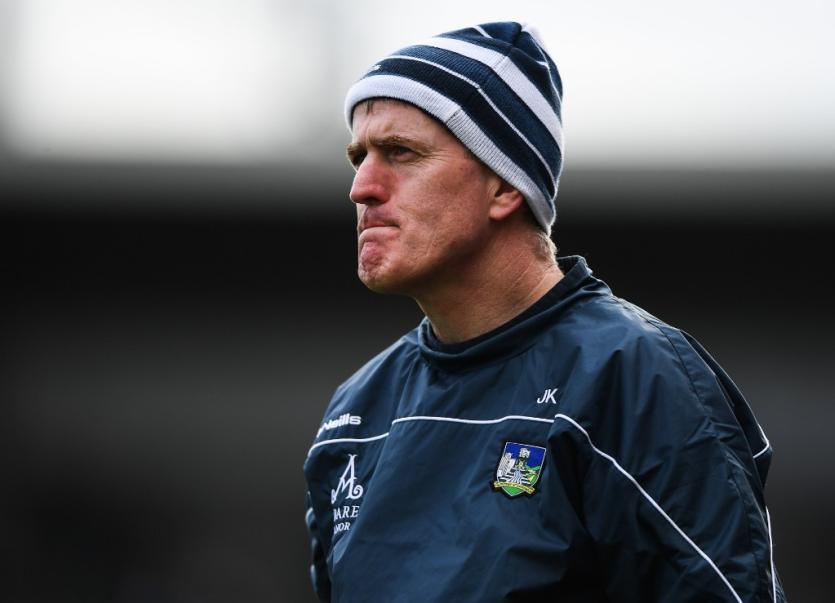 “I am delighted to see them back in Croke Park and back in a national final again,” smiled Limerick manager John Kiely before taking his seat to watch the second semi final in the Allianz Hurling League.

“If you said to me last September that we would be in a national league final come March, I would have said ‘I don’t know about that’ because there were so many unknowns as to how things would pan out. All credit goes to the players and that’s the bottom line - they have been absolutely superb,” he said in praise of his players.

He explained: “We have a load of work still to do and we know that but I can’t fault their application and their energy in terms of engaging with what we have been doing over the last four months”.

Kiely accepted the three point semi final win over Dublin was “a bit of a frustrating game at times”.

“I said it to the lads inside (in the dressing room) that some days you come across a day like this when the game is all about the process and moving through it and backing the process. That was a great challenge for us today - my that perspective; to make sure we stuck with the process and didn’t deviate and that we didn’t get involved in other aspects of the game but stuck to what we came to do. It might have been a bit more difficult than normally but we stuck with it and that was the most important aspect,” he explained.

“When Dublin went with a sweeper that obviously was going to change the nature of the game and there wasn’t going to be as many scoring chances created and it did have an impact on the first half of the game. I think we coped with it very well - we were precise and measured in what we were doing with the ball and I think we were solid but at the same time it took us a long long period of time to wear Dublin down and to get to a point where we could push-on.”

The teams were level on seven occasions but Limerick led throughout the second half, despite ending with 14 wides, compared to just eight for The Dubs.

“It was a very stop-start game - it wasn’t very enjoyable and that’s just the nature of the game as it evolved. Some days you just have to grind it out and for me it was one of those days that we just had to grind it out and just get the job done and get out. It never got into a pattern of play and as a result, it was one of those stop-start games.”
Overall, Kiely was happy – the closing minutes, aside.

“I thought the last 10-minutes was the only disappointing element to it - I would have liked to have done it a bit more comfortably in the finish but we conceded a few scores in that last few minutes,” said the Limerick manager.