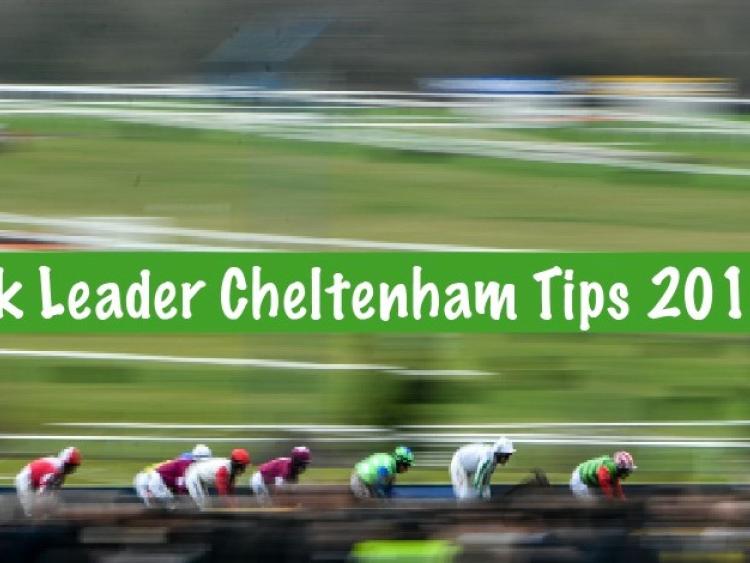 It’s finally arrived – the pinnacle of jumps racing. We’ve got four action-packed days at Prestbury Park coming your way as Cheltenham Festival fever will hit you no matter how indifferent you try to be.

We’ve got a rundown of each of the 29 races across the week, giving you the skinny on the runners and the best advice about how to make a pleasurable four days into a profitable four days.

Without further ado, let’s get cracking.

The pace angle in this race was always going to be the deciding factor in who ended up with the prize. Given pace was at a premium, Colin Tizzard’s Elixir De Nutz looked every bit a winner given his front-running tactics and love for the mud, but with little else to take the front, the sprint will certainly be less-than-honest come the final three furlongs.

If there’s no true pace here, I tend to favour the juvenile – Fakir Doudairies (13/2) – given his 8lb allowance going up against his seniors.

Both of his runs (form lines questionable, granted) have come on softish ground and the ease in which he picked up pace looked ominous.

This is not vintage renewal of the two-mile novice chase. This race can claim previous winners like Sprinter Sacre, Moscow Flyer, Douvan and Altior but there’s nobody anywhere near that level this time around.

Given this is likely to be a crazy pace up front, it’s most likely that a hold-up horse in the slipstream will come and claim them on soft ground.

The antepost favourite Lalor has drifted like a barge in the last 48 hours as if something is amiss, while Gordon Elliott’s Hardline has come in from 12/1 to 5/1, and is touching favouritism. Those are both unbackable for their respective price fluctuation.

It leaves Glen Forsa (9/2( alone atop the likely list and you won’t back too many favourites at 9/2 in championship races this week.

His thumping of Kalashnikov at Sandown is worth forgetting as were his tactics, but stalking the leaders in his previous two successes should be the approach Jonathan Burke adopts.

Prior to sitting down, Paul Nicholls’ Give Me A Copper was generally a 5/1 shot – which was too short. He’s now drifted out to 8/1 and approaching a backable price given practically all of his solid runs have come on soft.

But perhaps the best play here is Nick Williams’ stable star Coo Star Sivola (10/1). Lizzie Kelly takes off a valuable 3lbs and she’s worth more than that. Given he was kept fresh for this race, running off 142 is workable and he’s won ‘round these parts before on soft ground.

Don’t understate how important that will be this week.

If you’re backing Laurina, you’ve either done one of two things: gotten carried away by the hype or timed her splits while she sprinted around your yard. I would say the former is more probable.

This is a two-horse race: while the 7lb mares’ allowance certainly offers her an advantage on the current Champion Hurdler, she gets no such leg-up on her fellow mare Apple’s Jade (2/1).

Her Christmas Hurdle run combined with the performance in the Irish Champion Hurdle are one of the best pieces of prep work you could ever wish to see for a hopeful in this race.

I couldn’t put you off her.

There’s been an interesting market move overnight – with the red-hot favourite Benie Des Dieux drifting from 4/6 all the way out to odds-against.

The money that’s facilitating that drift appears to be coming from supporters of Roksana – a well-thought-of mare in the Dan Skelton yard. The Skeltons are crafty and very particular about what races they prepare for, and if there’s money about, that’s usually a good indication of solid work being done at home.

But of course, it’s completely irrelevant as Benie Des Dieux (11/10) wins this race if she stands up. One of two absolute bankers at The Festival.

You won’t find many superstars in here and this race usually gets accurately defined as a maths equation rather than a recreational moment in your day.

Is the market favourite A Plus Tard fairly treated off 144?

Can Cubomania, the only horse in the race to have won at the course, make that tell?

Is the handicapped still underrating Red Indian despite him carrying top weight for Kelly Morgan?

The answer to all these questions is no.

But Solomn Grundy (18/1) is well-placed with a master pilot in Paul Townend on his back at a big price. He’s the tentative selection.

Ballyward is 13/5 for this race and you can file that under ‘rancid prices’ for the week. This race is far more open than the market would leave you to believe.

Some at preview nights were listing OK Corral as their NAP of the entire meeting, but that probably tells you less about the horse being in good nick than it does about the wide variety of alcoholic beverages available at these events.

Discorama (13/2) was moving upsides the market leader the last day when he fell at Naas and the extra stamina required here will suit. The price disparity between the two is baffling and for that reason, a chance is taken on Paul Nolan’s six-year-old.