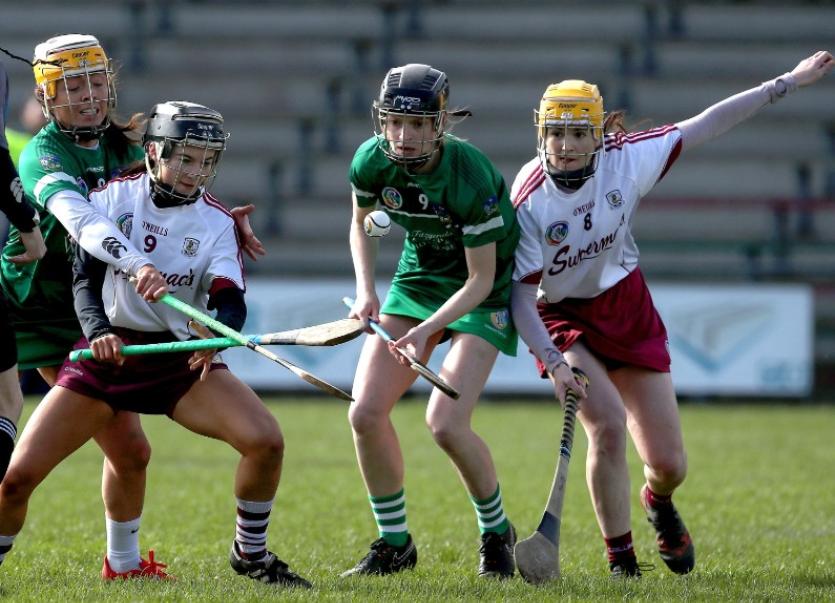 Limerick failed to score from open play in this disappointing semi final.

Galway were 1-8 to 0-1 ahead by half time, in a 30-minute spell where the sides evenly shared six wides.

Galway blitzed Limerick from the throw-in and never looked back. They were 1-2 to no score clear inside three minutes.

Niamh Hanniffy had the first half Galway goal in the third minute.

And, they could have had more goals - a chance after 40-seconds and another in the 11th minute when Muireann Creamer intercepted when Ailish O'Reilly soloed through. In between goalkeeper Laura O'Neill had to be alert to save from Hanniffy in the fifth minute.

Limerick's only score of the half came in the seventh minute - from a Niamh Mulcahy '45.

Galway did go 11-minutes without a score but Limerick made no in-roads.

Ailish O'Reilly and Noreen Coen got on the scoresheet for Galway, who had Carrie Dolan frees to keep the scoreboard ticking over.

By half time, Galway were a comfortable 10-points clear.

On the change ends, Rebecca Delee had sight of goal but Galway goalkeeper Sarah Healy was able for the shot. Delee, who played on ladies football on Friday and Saturday in UL's O'Connor Cup win, saw most of the action in this camogie semi final at full forward rather than her usual wing back role.

Galway added two points early in the second half and then nine minutes into the half came the second Limerick score of the game - a Mulcahy free to leave it 1-10 to 0-2.

The response was impressive from Galway - three scores within the next five minutes.

The second Galway goal came in the 13th minute of the half from Ailish O'Reilly.

With the game entering the final quarter it was Galway 2-12, Limerick 0-2.

Niamh Mulcahy had the third Limerick point in the game's 55th - another from a placed balls.

In the final minute of the game, the Ahane star had her and Limerick's fourth point.