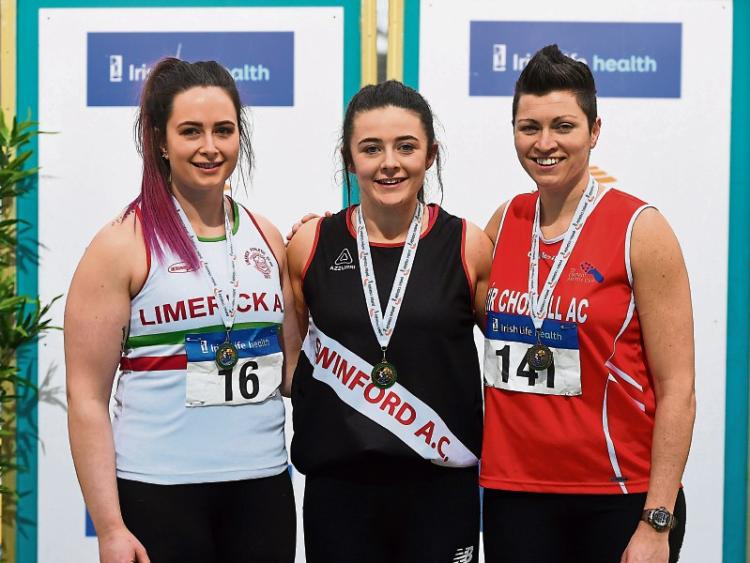 The National indoor track and field finals took place in Abbotstown on February 16 and 17.

Amy O’Donoghue of Emerald AC won the 1,500m national title in a time of 4.22 while Ciara Neville, also of Emerald AC, won silver in the 60m sprint final.

A number of other athletes from Limerick competed in the sprint heats including Mark Varley and Ger O’Shea from Dooneen AC and Sean McCarthy, Lorcan O’Connor and Evan Crotty from Emerald AC. John McCallion of Limerick AC competed in the 800m heats but did not advance to the final.

The annual 2019 Michal Rejmer will be launched at Crescent Comprehensive College on Monday, 25 February at 8pm. There will be Olympians and GAA starts in attendance. The annual run series takes place again around the Country Club in Caherdavin on 12th April, 19th April and 26th April. It is a 5 mile route and all races start at 7.30pm. €2,000 in prize money over the 3 weeks. It is just €40 to enter all three races or €15 per race on the night. For more details, log on to www.michalrejmerrunseries.com

Sanctuary Runners Limerick is aiming to get Irish people running in solidarity with those living in Direct Provision. The group is meeting twice a week, on Monday evenings in the U.L. East Gate car park at 7:30, and on Saturday afternoons at the pitch in Mary I at 1:45.

Adare 10k takes place this Sunday, 24 February. The event is sold out for months now and should be a fast race. Go Green St Patrick’s day run on 17 March in Croom with registration at Croom Sports Complex – a half marathon starts at 9.30am, 10k at 9.45am and 6k at 10am.

Places are limited to 2,000. Regeneron Great Limerick Run, Sunday May 5, 2019 – the race has the option of a 6 mile, half marathon and full marathon.