Opinion - Those Ireland player ratings, ROG and a furore on Twitter - Colm Kinsella 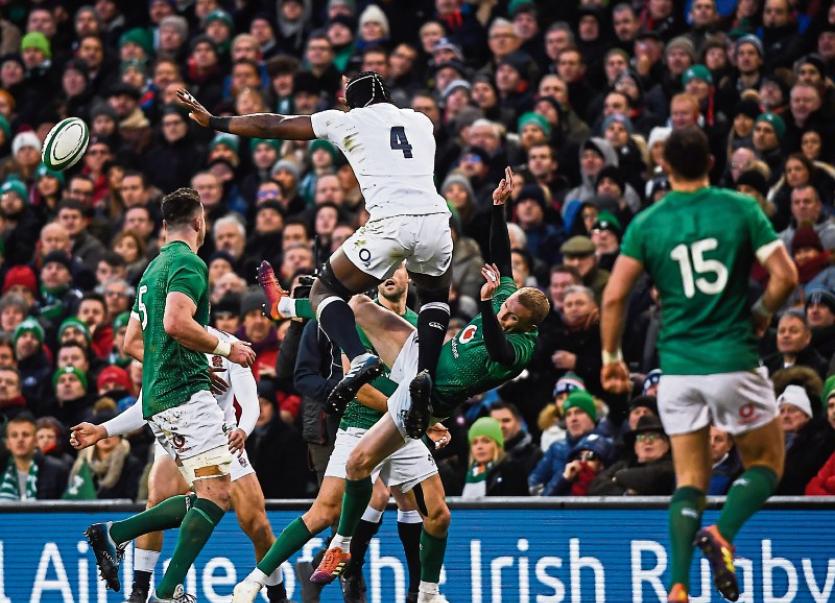 Keith Earls is challenged in the air by Maro Itoje

PLAYER ratings. Love them or hate them, they are an integral part of newspaper coverage of big sporting fixtures.

Ireland’s Six Nations opener with England was no exception. No surprise that the Ireland players scored poorly for the most part given the disappointing level of the display.

Player ratings are a good talking point for fans to focus on. People agree and disagree, sometimes very strongly! The wording of the player rating in relation to one Ireland player in a Sunday newspaper irked me. It wasn’t the actual rating Keith Earls received which was a 5, but the wording underneath it.

Stephen Jones, of the Sunday Times, wrote of Earls, “Dragged off at half-time, at fault for the first England try and a stop gap at this level”

The use of the word ‘stopgap’ in relation to the 73-time capped 31-year-old is totally unfair to put it mildly.

I know local newspaper journalists get accused of being too parochial at times – and we can be – but this was different. Earls is certainly no ‘stopgap’ international player. I voiced my disapproval on Twitter and received an almost instant reply from former Munster and Ireland out-half and current Virgin Media TV pundit Ronan O’Gara who was curious to know who had penned the ratings.

The Twitter interaction continued almost non-stop for 48 hours.  The vast majority of respondents shared my view. If Stephen Jones was looking for a reaction, he got one. Job done from his point of view, I suppose!