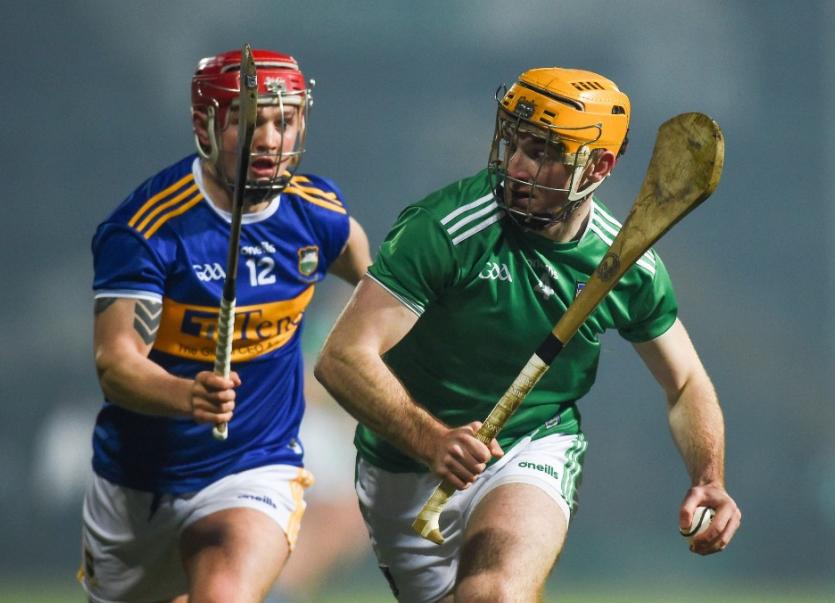 ALL-IRELAND champions Limerick made it back-to-back wins at the beginning of the Allianz Hurling League with this win over Tipperary.

In the first meeting of the teams in the group phase of the league since 2010, Limerick turned in a fine second half to win 1-21 to 1-14 in the Gaelic Grounds - a game that was live on RTE television and eir Sport.

Next up for John Kiely's side is a trip to Kilkenny in two weeks time.

It was an opening 35-minutes that saw Limerick ahead for just one minute and during which the sides evenly shared eight wides.

Man of the Match Diarmaid Byrnes and Aaron Gillane were on target from placed balls as the sides were level on three occasions in the opening 19-minutes.

Limerick's first score from play came from midfielder Darragh O'Donovan in the 21st minute and it had the home side ahead for the first time at 0-4 to 0-3.

But the Tipperary response was immediate and impressive - a clever flick from Willie Connors creating a goal chance for Patrick Maher and he blasted low to the net.

All Star Graeme Mulcahy missed the win over Wexford due to work commitments abroad and he announced his return with a 29th minute goal - following the flight of a Tom Morrissey delivery into the goalmouth and getting a vital touch to find the net.

Gillane added a free and the game was tied-up at 1-6 each and five minutes to the interval.

Gillane and Morrissey had points from play down the stretch to half time but Tipperary led by the slightest margin, 1-9 to 1-8.

Mulcahy levelled on the restart but Limerick were soon ahead with frees from Gillane and Byrnes and a fine point from debutante Conor Boylan to leave it 1-12 to 1-11 with 10-minutes played in the half.

Limerick substituted captain Declan Hannon and Dan Morrissey moved into centre back and moments later pointed from distance to move Limerick three points clear with 51-minutes on the stopwatch.

When Boylan added his second and Byrnes fired over from play, Limerick were 1-16 to 1-12 ahead and Young Hurler of the Year Kyle Hayes was among the subs introduced.

Pat Ryan almost found a goal to wrap it up, but points from Gillane and Tom Morrissey did see Limerick over the winning line.