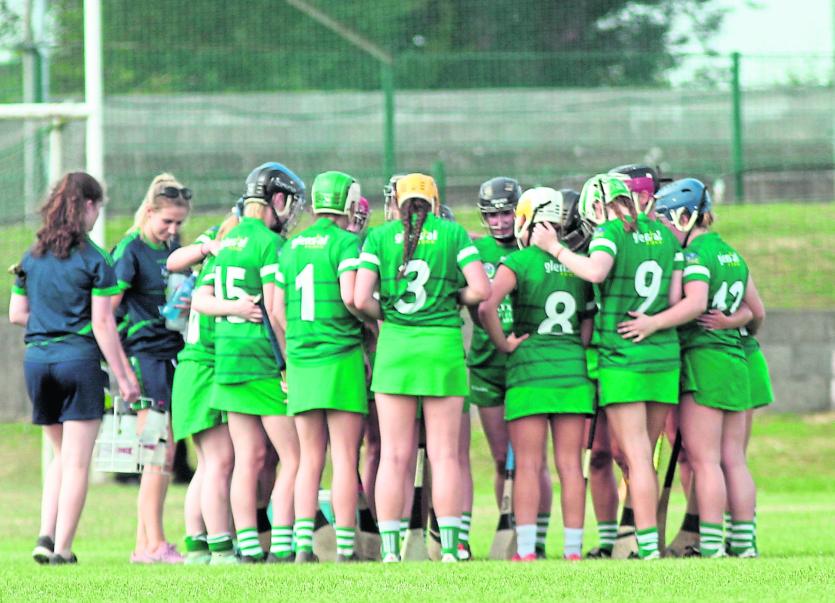 Saturday’s round two Division One tie is scheduled (weather permitting) to be the curtain-raiser in the Gaelic Grounds, at 4.30, to the Limerick-Tipperary Allianz Hurling League game.

Both Limerick and Clare have already beaten Offaly in the opening games to the season and another victory would ensure advancing to the semi finals remains very much a target.

Ahane star Niamh Mulcahy missed the round one win over Offaly but could return from injury to bolster options to play Clare.

Limerick manager Declan Nash stresses that his panel of players is about more than one player.

“Niamh Mulcahy is a massive player and down through the years Limerick maybe we were looked upon as the Niamh Mulcahy show, which is a little unfair on the rest of the squad,” stressed Nash.

“She is a super athlete and one of the best free-takers in the whole country but it showed that we have plenty girls willing to step up and stand up and be counted when needed,” he said.

Nonetheless to win against Offaly without the top-scorer was “massive”.

“A win was great for confidence and with every session now we are just trying to get another 1% extra – it’s a building process,” said the manager.

While management will wait on a Niamh Mulcahy injury update until Saturday, they will again be without long-term injured trio – Judith Mulcahy, Lorraine McCarthy and Claire McNamara.

“We are still not 100% sure but we are hopeful,” said Nash of Niamh Mulcahy, adding “there is still no return to play date for the other trio”.

Weather permitting, Saturday will see Limerick play in the Gaelic Grounds for the first time since the 2017 All-Ireland Championship

“We are looking at the positive side of things. It’s always nice to play in the Gaelic Grounds and we are looking forward to it because it’s a good environment to be in. It’s the kind of stadium that we want to be playing in come September so it’s a good time to get in and get experience,” explained the manager.

“We won’t be worrying too much about the venue or the pitch – it would be nice to get in there but it’s not the be-all or end-all.”

He added: “People are probably taking more notice of the fixture because it’s a double-header than a stand alone fixture.”

Back-to-back wins would set Limerick up nicely for remaining league ties with Dublin and Kilkenny.

“The (Offaly) win was great and training has kicked-on and it was a nice confidence boost to get at that stage of the league. Intensity and application and attitude are always there and correct and now we are just preparing for another match,” said Nash.

“They (Clare) have a whole new management structure, so we are going into the unknown really on Saturday and probably for them as well because it’s the first full season for our management and we have a few new players,” said Nash.

“I am looking forward to the battle that it always is and hopefully we can come out on top. A win for either of us on Saturday puts us in a great position in the league,” said Nash.