Limerick players named in Ireland U20 squad for 6 Nations 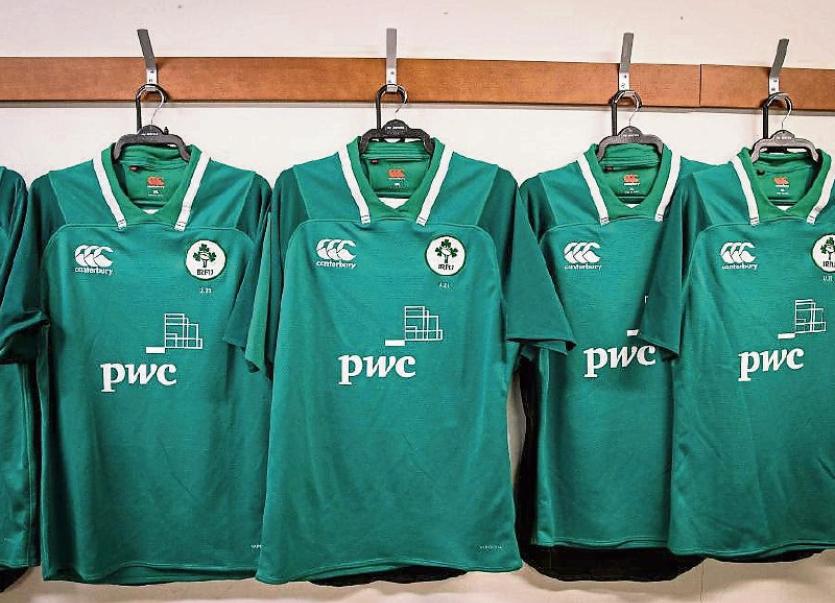 NINE Limerick-based players have been included in the Ireland U20 squad for the 2019 U20 Six Nations Championship by Head Coach Noel McNamara.

Shannon RFC scrum-half Craig Casey has been named as a vice-captain for the team, while his clubmate and half-back partner out-half Jake Flannery has also been included in the 40-strong squad, while the Parish side is also represented by exciting forward Luke Masters.

Garryowen’s impressive young out-half Ben Healy is also named in the squad, along with James McCarthy of UL-Bohemian.

McCarthy is one of five players who were capped across last season’s U20 Six Nations and World Rugby U20 World Championships.

The side will play their two home games against England and France in Musgrave Park.

On selection of the squad, head coach McNamara said: "It’s always an exciting time when the Six Nations comes around and things have been building well since before Christmas. We had two good run outs against Leinster and Munster Development sides where the players had the opportunity to put their hands up for selection for this squad.

“There’s a lot of talent in the playing group, and we’re looking forward to seeing these young men run out in the green jersey over the coming weeks.

“We also have a new home this season in Irish Independent Park, which is a great venue and I’m sure there will be a superb atmosphere when we welcome England and France under lights on Friday evenings.”

Ireland will get their campaign underway against England on Friday week in Irish Independent Park at 7.15pm and their second fixtures sees them travel to Netherdale outside Edinburgh to take on Scotland.

They are on the road again for their third fixture against Italy in Rieti, before facing France back in Irish Independent Park.

Their final game of the tournament is away to Wales on the 15th March in Colwyn Bay.

Tickets for the home fixtures in IMusgrave Park are available from www.ticketmaster.ie

IRELAND U20 Squad, sponsored by PwC, for the U20 Six Nations Championship 2019

*Denotes Previously Capped at U20 level