'Mutt and Jeff on the flight of golf balls' - Ivan Morris 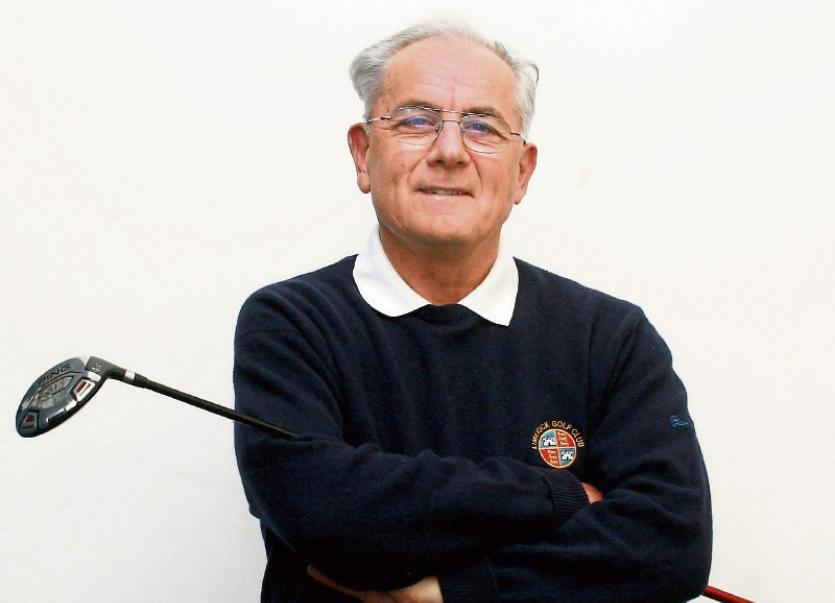 Mutt: Did you see Paul McGinley's timely discourse in the Sunday Times a few weeks ago about the R&A and USGA, some would say, unnecessarily changing the rules of golf but continuing to ignore controlling the distances the modern golf ball flies?

Jeff: Paul is spot regarding the distance issue but not '100% up to speed' on the rules. He didn't warn amateurs not to implement the new local, 2-stroke (without distance) penalty for a lost ball or out-of-bounds as has been advised by the GUI and ILGU.

Mutt: I agree with Paul's distance sentiments too but, the greed of the manufacturers and self-indulgence of the top pros unable to see beyond their own tiny existences is helping to kill the game seeking every advantage. They are so focused on the here and now; the next shot, the next round and next tournament, it's all they think about. The irony is pro tournaments (like the Irish Open) will eventually disappear and we'll see more distasteful 'big money, made-for-TV matches' between 'fading stars' like Tiger and Mickelson with the emphasis on 'live betting'.

Jeff: Sure, isn't all golf based on ‘friendly betting?’ Wasn't it always that way?

Mutt: The idea of pop advertisements on our TV screens touting the odds on some shot or other that can be placed by iPhone is bad taste.

Jeff: You are too much of a golf puritan! The betting won't affect the game itself. It's aimed at creating interest among non-golf fans. I've been in favour of cutting back on course acreage for over 20-years. Bifurcating the properties of the equipment used at high performance and 'ordinary' club level is overdue and badly needed. Course design is at fault. I'm fed up of golf courses that are 7777-yards long with water hazards impinging on every, other hole. Apart from the scoring difficulty, 7K is such a long walk! Most people can't spare six-hours in a busy day for a game of golf when you include getting there and some sociability afterwards, presuming they can afford it?

Mutt: Maybe that is what current golfers want, but it is keeping new entrants from joining them. My way of coping is to play casual golf with my set of hickories. Using a modern ball there isn't a massive difference performance-wise but it is more engaging and interesting. A bad swing with a hickory club can result in a very bad result and one has to be constantly on one's guard. It's Golf the way it was intended to be played with shot placement, angles and strategy to the fore. When I use a reproduction gutty ball from the 1800s, the results can be embarrassing, and one quickly appreciates the skills of the Old Masters.

Mutt: I'm not prepared to go as far as playing hickory golf with you but do agree with a bifurcated rules structure with amateurs keeping their juiced-up drivers and jet-speed golf balls, while pros would have their equipment curtailed. The first place to do it is at The Masters. All of the pros would still turn up and keep their mouths shut! I would roll back the pro's ball by 20% and make them play with 10-clubs and no caddies (the ams can have as many clubs and caddies as they like because it won't make any difference)

Jeff: Golf has positioned itself outside the attention span of the current generation but, if it recreated itself as a two-hour game, it would thrive. The first eleven Open Championships (at Prestwick) were held on a 12-holes golf course. There is nothing sacred about 18-holes.

Mutt: Courses are too long (because the ball goes too far) It all comes down to the ball (although there are other factors, of course) Ironically, the strongest component in the game today (pro tournament golf) will be the first to implode. Amateur golf will survive a little longer but, I see golf the game 'dying' within 50-years - that's about all that is left.

Jeff: While I agree that the higher ups seem to be frozen by indecision and they should know what is right but just cannot bring themselves to do it, I can't agree that the game is doomed. The pro game maybe, and the golf 'business' too, perhaps, but golf the game will never die because the instinctive thrill of hitting a ball with a stick between the dunes, across open fields, through the forests, over the mountains, and around the side of lakes and deserts will always be imbedded in us and the joy of it will keep golf alive.

Mutt: Yeah but that won't be golf as we know it and how many will actually want to play it in a cross country, rough format?

Jeff: It is how golf began! You will be proved wrong even if there is 'a clear and present danger'. It is always better to be an active player than an observer. But, it seems all over the world young adults are addicted to 'passivity' and virtual sports via gaming sites on screens, which is very sad because the whole point of 'spoiling a good walk' is missed. Being out in the fresh air on a golf course in nice surroundings means everything to me.

Mutt: If I were the ET and PGA Tour, I'd be very afraid! It isn't that the rulers of the game haven't been warned over and over again that golf needs to be a 2-hour game!