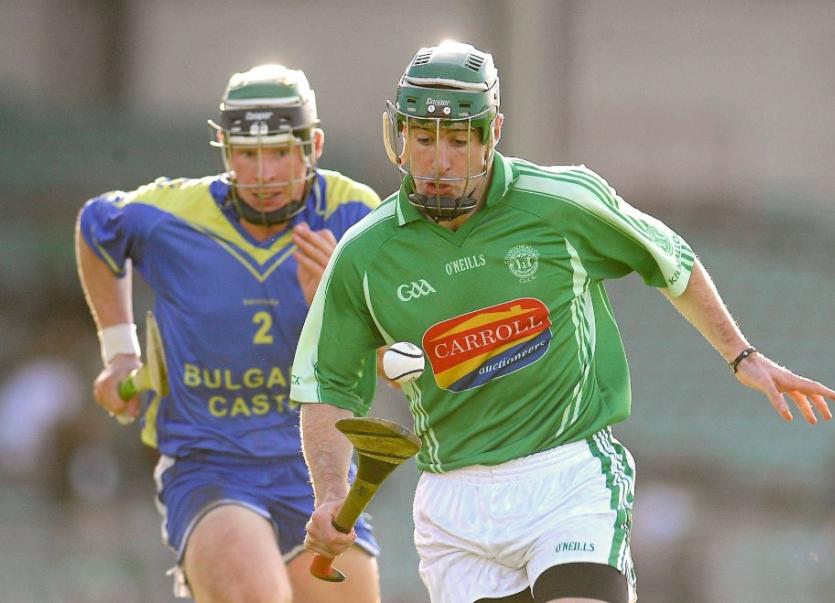 Limerick's Andre O'Shaughnessy in action for his club side Kilmallock

TG4 have announced their popular GAA series Laochra Gael will be returning this spring. The Irish language station could not confirm to the Limerick Leader the start date for the series, nor the running order, but they did confirm that Kilmallock's Andrew O'Shaughnessy will feature on the extremely popular show.

O'Shaughnessy made his full senior championship debut for Limerick aged 17, only days before he sat his Leaving Certificate in 2003.

“I was more nervous about the Leaving Cert than I was about the match.  It was just another game. I would never really get nervous playing hurling,” smiled the All-Star hurler who became a household name in his home parish at just the age of 11 when he played in the All-Ireland Feile na nGael hurling final against James Stephens of Kilkenny. A future Kilkenny star, Jackie Tyrrell, was also playing that day.

Andrew was just a tender seven years of age when he played his first game for Kilmallock, in the U-12 South Championship. His father Tony had to help him to get togged out, as tying his own laces at seven proved to be the toughest job of the day. (See full story with Aine Fitzgerald here)

Since then, Andrew has won an impressive list of medals with his club including three county minor hurling titles, one county U-21 title, three county senior titles in 2010, 2012 and 2014 and one Munster club championship in 2014.

With his county he has two Munster U-21 championship medals and two U-21 All-Ireland medals.

And, from his colleges hurling days at secondary school level he amassed three Harty Cup medals with St Colman’s College in Fermoy as well as two All-Irelands.

The careers of Offaly’s 1982 All-Ireland winning hero Séamus Darby, Kilkenny defensive star Jackie Tyrrell, Cork’s multiple dual All-Ireland winner Rena Buckley, Dublin footballer Ciaran Duff,  and Kerry football great Colm Cooper will all be in the spotlight in the TG4 show with dates for same to be released in the coming weeks.