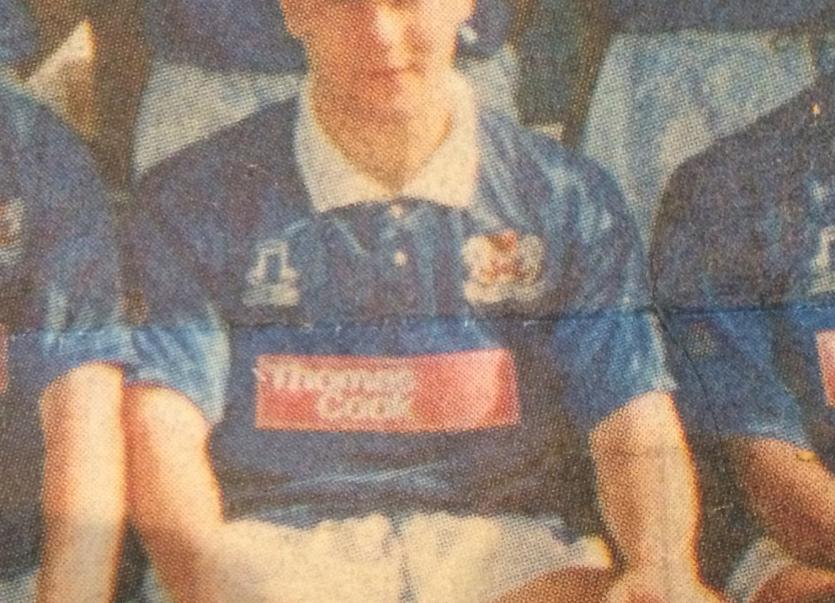 Jason O'Connor in his Peterborough days

HOME is where the heart is for former Peterborough and Limerick FC striker Jason O’Connor.

But at the mere age of 15, just three days shy of his sixteenth birthday, the Janesboro native followed his dream and took sail across the Irish Sea.

While growing up in Limerick, becoming a professional footballer was all he ever wanted to do.

Jason wasn’t the only one, but according to the now 45-year-old FAI Development Officer, they were different times.

In general, Irish kids dream of playing for Liverpool or Manchester United, not Limerick FC or Galway United, but it’s when that dream turns sour that problems occur.

Raising major concerns over the recent emergence and growth of private academies and agents looking to bring young Irish footballers across the water, O’Connor warned that players who don't make it are often broken when they return home.

“It is just dangerous,” he said. “It is different if a club comes banging the door down for a young fella”.

With this in mind, O’Connor reiterated the importance of urging players to stay longer and play in the national league here before taking the opportunity to make it abroad.

“The statistics show that if they [young players] go later, they stay,” says Jason O’Connor, who had a taste of life cross channel as he joined Peterborough United as a 15-year-old before returning home at the age of 21.

“The statistics prove that if they go younger, they aren’t socially ready.

“They might be ready in a football sense and that was certainly the case with me,” added the former Carew Park youth player, who was part of the Republic of Ireland U-15 squad at the time.

Jason made the first team at Peterborough, went on loan to non-league side Holbeach United and had his success back in Ireland with his hometown club Limerick FC, but these days he regularly encounters Irish players who come home from England and it’s not always positive.

Describing the process as a risky business that ‘plays’ with players’ mental health, their future and often denies them a proper education, O’Connor has genuine worries for youngsters trying to make it ‘across the water’.

“If a player is good enough he will get there.

“Allow them to develop in a safe environment at home with his family around him and in the education system where his life and his future aren’t on the line. Have your education behind you and when you are emotionally ready to be away from home on your own then by all means go if the opportunity comes,” he said.

Of the Irish under-15 squad that O’Connor played with, only one is still involved in the game.

“You come back and you have to put your life together. Then there are all those feelings of failure,” he added.

Jason looks back on his time in England remembering the difficult balance of wanting to make it as a professional footballer while being away from his close-knit family at such a young age.

While he felt he was living the dream, he certainly didn’t have the luxury like his English teammates who were able to fall back on their nearby family and friends when times were tough.

“Being away from home brings up an awful lot for some young lads. The Irish lad has to depend on the phone [to keep in touch with his family].

“It is down to the simplest of things, a bad day at training or a bad game and the emotional side of that when you are that age is what people don’t get. You don’t have that family support system like at home.”

When questioned why he went to England at such a young age, O’Connor says it was a decision he had to make in order to fulfil his dream, as it was the only option available in an era before full-time professional football in Ireland.

“At the time there was no pathway here in the country,” he explained.

“We didn’t have the information. There weren’t ex-professionals in Limerick giving people good advice on the dangers, the pitfalls and challenges. If I had my time over [at such an early age], would I go again? I definitely would not. There is no doubt in my mind,” added O’Connor.

The Limerick striker had the opportunity to join high-flying Wimbledon before he signed with Peterborough but at such a tender age he felt he wasn’t ready.

Despite this, O’Connor joined forces with ‘The Posh’ a year later as he felt it was his last chance of becoming a professional footballer.

“I thought at the time that if I turn this down I might not get another opportunity but as we know now, if you stay in the game here and play in the national league you will get opportunities. All I ever wanted to be was a footballer.

“There isn’t really any need in this day in age for clubs, parents or private companies to be ringing clubs on behalf of players.

“Let it happen naturally. Give them a chance to develop here, the structure is there. For young lads going to England, it is the impossible dream.”

Insisting that Limerick and other League of Ireland clubs now have the platform to try and convince young players to stay here, as an alternative to getting the boat to England at 16, O’Connor reiterated his belief that sending younger players to the UK is a numbers game, one that “can be disastrous for the young lad”.

While it is obvious that the game in Ireland does not offer the same career opportunities available in England, the FAI Development Officer added that there is a better pathway in recent years for young players to stay at home for a bit longer

“People don’t give the credit for the standard over there [in England],” he said.

“What I don’t think is healthy for the game is private academies and agents trying to take 15 and 16 years old [over to England].

“If they are just providing extra contact hours and extra coaching sessions, that is a good thing. People don’t understand the full extent of what goes on in England. I think it looks great, the dream of a young player playing with a professional club, but the reality of it is a lot different. The culture of the English game has changed.

“Before there were a lot of British and Irish players in the English academies and teams but that is not the case now. Before, if you wanted to be a professional footballer you had to go to England.

“If they [clubs in England] take a young lad of 15 or 16, who doesn’t cost them anything, they might sit there in the youths or the reserve team,” added O’Connor. “If he never makes it, it is nothing to the club”.

That is the danger that O'Connor feels the players are not aware of before leaving this shores.

O'Connor, in his role with the FAI, now offers advice and assistant to players, before, during and after their time in the UK, an asset that any Limerick player should avail of, afterall O'Connor has very much walked in their shoes.