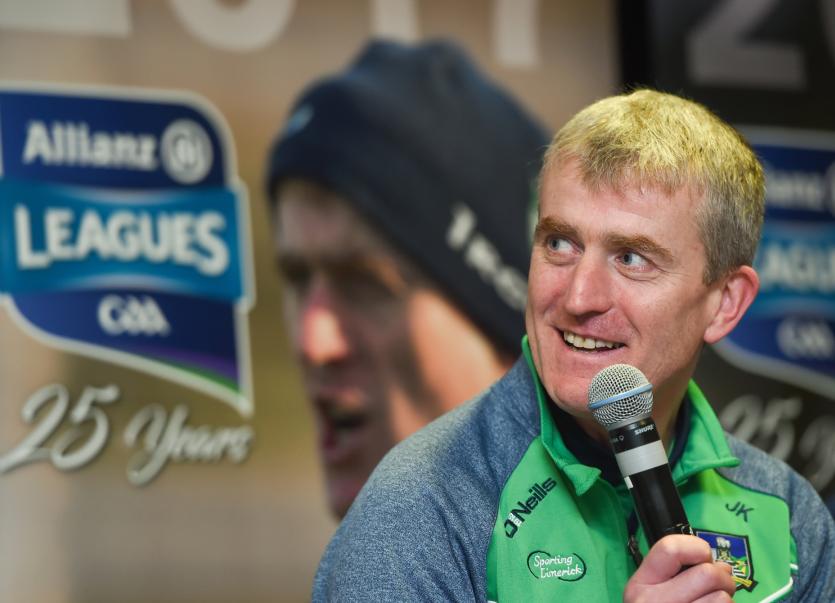 LIMERICK GAA and camogie officials are in discussions about the possibility of staging league double-headers next Spring in the Gaelic Grounds.

Both John Kiely’s hurlers and Declan Nash’s camogie side have two home each in 2019 - both on the same dates.

“We spoke with the County Camogie Board with a view to having double header league games and the provision of training facilities for the various county teams,” confirmed Limerick GAA secretary Mike O’Riordan.

The Limerick hurlers return to the top flight of the league after an eight year absence.

The All-Ireland champions have home games against Tipperary and Cork.

The Tipperary game on Saturday February 2 has a 7pm start.

That is a round two game for Limerick with an opening round tie, Sunday January 27, away t Wexford.

Saturday February 2 is also a round two tie for the camogie side - against Clare.

A round one trip to Offaly awaits Declan Nash’s side.
The second home game in the hurling is Sunday February 24 against Cork. The Camogie side play Kilkenny the same day.

So two potential big days out next Spring for Limerick hurling and camogie players and supporters.

The Limerick hurlers need to finish in the top four to reach the March 10 quarter finals, where they would meet one of the Division 1B teams.

It’s 2006 since Limerick last contested a hurling league final and 1997 since the last title.

Just the top two teams in each group, reach the camogie semi finals, which are also set for March 10.

Limerick will be bidding to reach a fifth successive semi final but the wait for a league final appearance still stretches back to 2002.

Limerick lost that 2002 final to Galway and also lost two finals in the late 1970s. There were Division Two League title wins in 2013 and 2007 but Limerick is without a Division One league crown.