Munster side to face Castres in Heineken Champions Cup is named 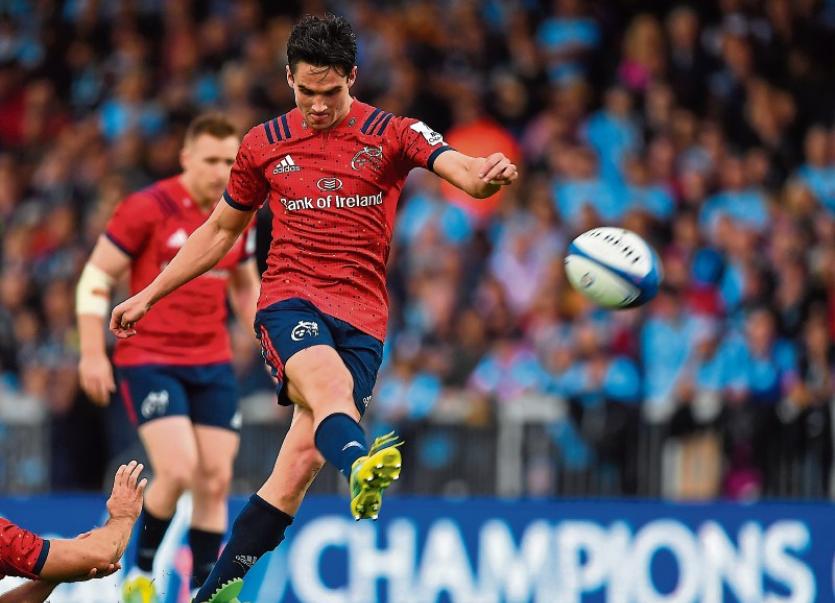 THE Munster team has been named for Saturday’s Champions Cup clash away to French champions Castres Olympique at Stade Pierre-Fabre, 5.30pm Irish time.

Head Coach Johann van Graan has made one change to the side that defeated the French side 30-5 at Thomond Park on Sunday with Joey Carbery starting at out-half.

Carbery replaces JJ Hanrahan, who turned in a Man of the Match display in the first of the back-to-back fixtures with Castres at Thomond Park last weekend, in the starting line-up. Hanrahan is listed among the replacements.

Conor Murray is set to make his 120th Munster appearance and partners Carbery in the half-backs.

Mike Haley starts at full-back with Andrew Conway and Keith Earls completing the back three as Rory Scannell and Sammy Arnold continue their centre partnership.

The tight five are unchanged once again with Dave Kilcoyne, Niall Scannell and John Ryan in the front row as Tadhg Beirne and Billy Holland pair up in the engine room.

Peter O’Mahony captains the side from the back row with Chris Cloete and CJ Stander completing the side.

Stephen Archer is included among the replacements after missing out last week through illness.