John Kiely: Emotive Limerick letters of thanks made 'hair stand on the back of my neck' 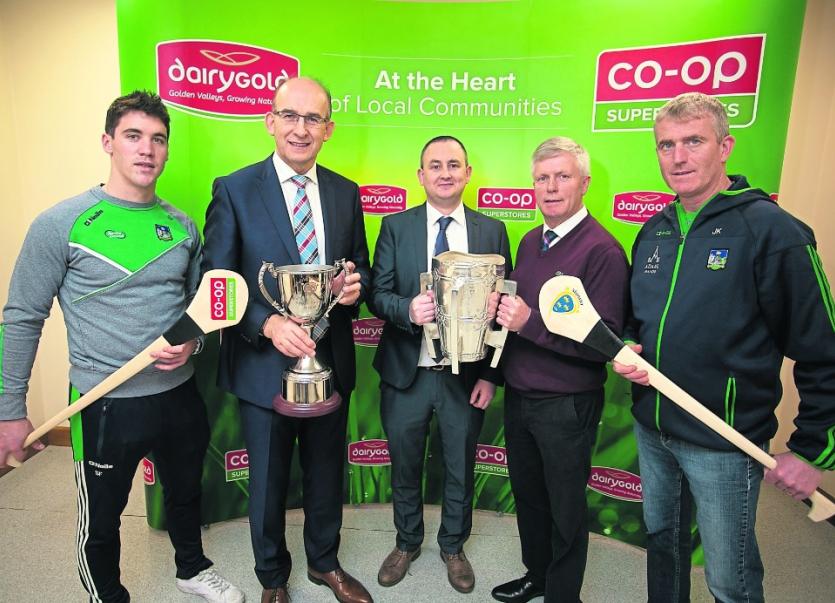 LIMERICK' All-Ireland winning hurling manager John Kiely has revealed letters of congratulations "made the hair stand on the back of my neck".

Ahead of the August 19 Croke Park final victory over Galway, Kiely spoke out against hate mail that he and other GAA and sporting figures receive.

"You get them (hate mail) - even when you win!. I find it strange that even when you win, I’d get a letter of criticism. I think the anonymous stuff is nasty and has no place in the game and it’s unfortunate that it’s there and we can’t do anything about it. I have a box at home and I keep it in the box," revealed Kiely at Limerick's All-Ireland media event in the Castletroy Park Hotel.

This week Kiely said that the box of congratulations was bigger than the box of hate mail.

"I got some lovely stuff, there is no two ways about it," he said when speaking with media at the launch of the Co-Op Superstores Munster Hurling League.

He added: "They made the hair stand on the back of my neck".

"People have been fantastic - people from all over the world, from Australia, Canada, American, England. Letters of thanks and appreciation from all over the globe - people telling their own story. People without green cards who couldn’t come home for the All-Ireland and were heartbroken they couldn’t be there and we met some of them when we were over in Boston, New York and Chicago for our trip and we took great satisfaction in being able to bring the cup over to those people - they are almost in exile because they can’t come home. It meant a huge amount to those people and it was a great privilege and pleasure to be able to bring the cup out to them," explained Kiely.

"Some very difficult stories that people (exiles) had to tell - of loss and missing out on their parents funerals and stuff."

"A lady in Fermoy was cleaning out her home, 92-years of age with her son, and they came across two lovely pictures of Mick Mackey and John Mackey from 1945 taken in the pitch in Fermoy during a game with Cork. They were sent anonymous to me and I have actually passed those photographs onto Dan and Tom Morrissey, where I think it the proper resting place for those photographs - two brothers back with two brothers," he outlined.

"Some lovely stuff and I am very appreciative of everything that came my way," said the Limerick manager.

For the last three months, members of the Limerick management and players have toured Limerick and beyond with the Liam MacCarthy Cup.

"There is a lot that goes with being All-Ireland champions in terms of expectations around engagements to be fulfilled with schools, colleges, hospitals and, clubs especially. They are pretty much all done now, which is great - we are glad to have come to that stage now but it has been great because the reception has been fantastic and you can see the lift it has given," he explained.

"There have been lots of fantastic spin-offs from it and we are delighted with that and long may it last. There is a spin-off already in terms of young fellas looking to further themselves and challenge themselves to a high standard and that’s fantastic to see."

Limerick begin their 2019 season next Friday, December 14, when Tipperary come to the Gaelic Grounds for a round one game in the Co-Op Superstores Munster Hurling League.