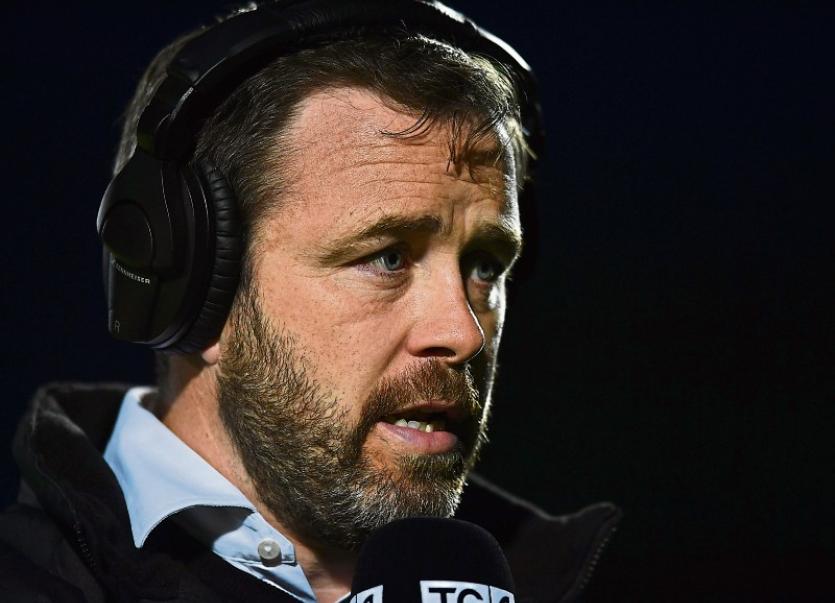 Horan will climb the African mountain with former Ireland stars

FORMER Munster and Ireland prop Marcus Horan is one of four former professional rugby players set to scale the highest free-standing mountain in the World, Kilimanjaro in Tanzania, next month.

Each former rugby player will lead teams of up to 16 people each from their own province on the summit to Kilimanjaro which stands at 5,896m.

This expedition includes seven days of walking on the Machame trail, the most scenic route to the summit.

Former Munster Heineken Cup-winning prop Marcus Horan said: “I was approached by Linda Black in the IRFU Charitable Trust to get involved. There are four former rugby players, one from each province, going and we are ‘captains’ of each province.

“With members of the public going as well, there is a big group going out next month to climb Kilimanjaro for help raise money for the injured players fund.

“I am going to Glendalough at the weekend for a bit of training.

“I have met a few people who have climbed Kilimanjaro. It is a walk, not a technical climb. The altitude is the biggest factor up there with regard to people not finishing it, so I am not sure how that will work out.

“I am comparing myself to Shane Byrne, if he can to do it, then I better be able to do it! That is my gauge at the minute.

“I have been running the roads a bit. We are blessed with the scenery here around the Clare Glens and the Cratloe Hills. I stay active, run the roads and do a few 5km and 10km runs when they are on around Limerick. That is about the extent of it. The climb will be a different animal, but I am looking forward to it as well.

“Myself and Shane (Byrne) are back from the Bermuda Classic recently, so we were playing rugby over there with the ‘Golden Oldies’, keeping ourselves relatively fit.

“There isn’t a mountain high enough in Ireland to compare to Kilimanjaro. That is my excuse!

“We are getting fitted for our climbing clothing at the weekend.

“We are flying out on January 14 and returning on January 24. It is a 10-day trip. It takes five or six days to climb the mountain.

“We will be fine. There is no ropes or anything involved. It is a walk. The hardest part is the altitude. I don’t think any of us will have experienced that before.

“A lot of rugby fans have been looking to go on the trip.

“It will be hot enough at ground level, but we will need our thermals once you go up high on the climb of Kilimanjaro. It gives you an idea of how high it is that you are in a T-shirt at the bottom and then have your thermals on further up.

”That will be fairly unusual for all of us. It will be an exciting place to go. It is a great opportunity to do something a bit unusual, but also help a charity as well.  The main thing is that we have a bit of craic. We will all be looking forward to it.”

The Irish Rugby Football Union Charitable Trust was formed in 1978 to assist severely injured rugby players in their everyday lives, and help to restore their confidence and independence. There are currently 36 seriously injured players registered with the Charitable Trust in Ireland, most of whom are wheelchair bound and have some form of permanent paralysis.