Munster's Andrew Conway: 'Missing out on All-Blacks win puts fire in the belly' 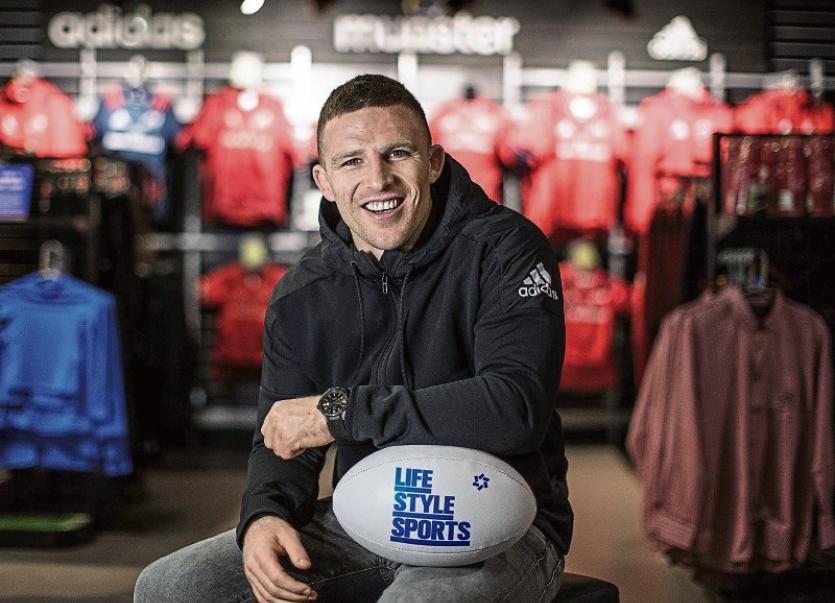 MUNSTER’S in-form winger Andrew Conway said missing out on Ireland’s historic victory over the All-Blacks has put fire in his belly to ensure he is involved in future marquee internationals.

Conway admitted that it was tough going being a spectator when Joe Schmidt’s side became the first Ireland team to defeat New Zealand on home soil.

Twenty seven-year-old Conway, who is in his sixth season at Munster, bagged a hat-trick of tries in Ireland’s impressive win over the USA last weekend.

Looking back at Ireland’s 16-9 victory over the All-Blacks, Conway revealed that he finds not being involved in such high profile fixtures as difficult.

Speaking at his unveiling as a Brand Ambassador for Life Style Sports at their Childers Road outlet in Limerick on Thursday, Conway said: “It is difficult (watching on from the sidelines). I am not going to lie, it is probably one of the worst parts about professional rugby. It is just a strange feeling. I don't like going to those games.

“I was actually at the Grand Slam game, I wasn't available through injury, and it is tough going to be honest, to be up in the crowd and hearing all the things going on. You want to be out there, but if you are not playing you kinda don't want to be there. I didn't want to be there.

“But you know what, you use it as motivation and that is a huge thing. I think having something like that drive you and makes you train that extra bit harder, makes you do the small bits.

“I know you want to do that consistently, but it kinda puts a fire in your belly, so luckily there was an opportunity within a week to play again.

"It was great to be selected for that (game v USA).

"I was really happy to finish off November on a high. There were probably a few ups and downs with missing out on the All-Blacks game, but I kinda really only have myself to blame by not stepping up and putting in a big performance in Chicago in Italy. That is a nice learning.

“To miss out on those games is tough, but you learn and you move on.

"To have the opportunity the following week to play in the Aviva before a sold-out crowd was amazing, so I was pretty fired up not to let that pass me.”

Conway starts on the wing for Munster’s crucial Guinness PRO14 clash with Edinburgh at Musgrave Park this Friday night, 7.35pm.

Munster have been boosted by the return to fitness in recent times of Ireland scrum-half Conor Murray and centre Chris Farrell. Both players make their first starts of the season against Edinburgh on Friday night.

Conway said: "It is brilliant. Having lads fresh in off big injuries is a huge thing. The energy guys bring naturally from watching on from the sidelines for a long time is infectious.

“It is a good place to be, but we need to perform, we need to play well this Friday evening and get a bit of a springboard going into Europe because it is competitive.

"You lose one game especially in Europe, we have one win and one draw, we probably need two wins out of these next block (back-to-back v Castres Olympique) in Europe to put ourselves in the frame to be where we want to be, it is exciting as always.”

* Andrew Conway was unveiled as a Brand Ambassador for Life Style Sports at their store at Childers Retail Park, Childers Road, Limerick on Thursday. To join the conversation and learn more about the partnership follow @lifestylesportsrugby and #LiveRugby