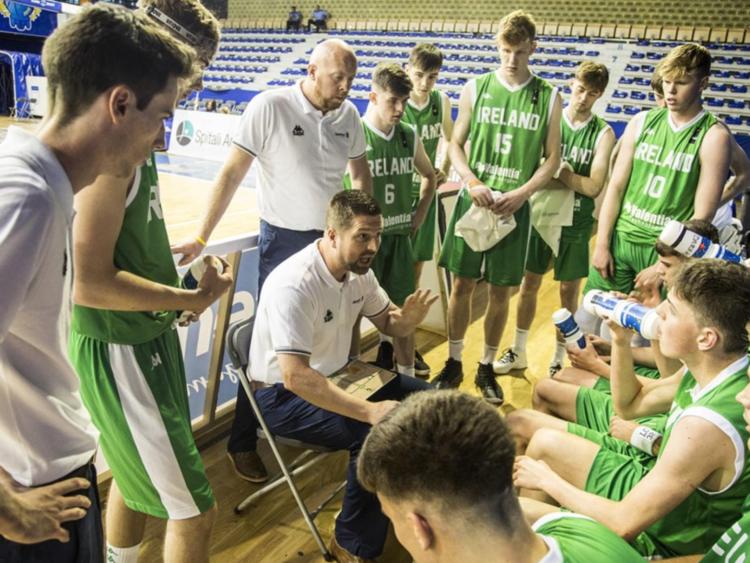 Paul Kelleher speaks to his side during a time out

IRELAND Under 18 men’s basketball head coach, Paul Kelleher, has announced the selection of 15 players to the squad.

The team, which includes Limerick pair Nate Moore and Ronan Cregan will compete at the FIBA U18 European Championship Division B in Romania next July.

Speaking about the announcement, Coach Kelleher stated: “It’s a very exciting time to be back in the B Division. With that in mind, the selection of this phase of the program was very, very difficult. We have left some really good players behind and in some areas, the position of players was very saturated which had a huge bearing on the selection.

“It is a very talented generation and I think we will see a lot of the players at senior level in future years. A lot of the players selected are now playing senior club basketball and crucially, have European experience. The staff are very excited moving forward to the next phase of the program.”