Injured quartet to return for Munster against Zebre 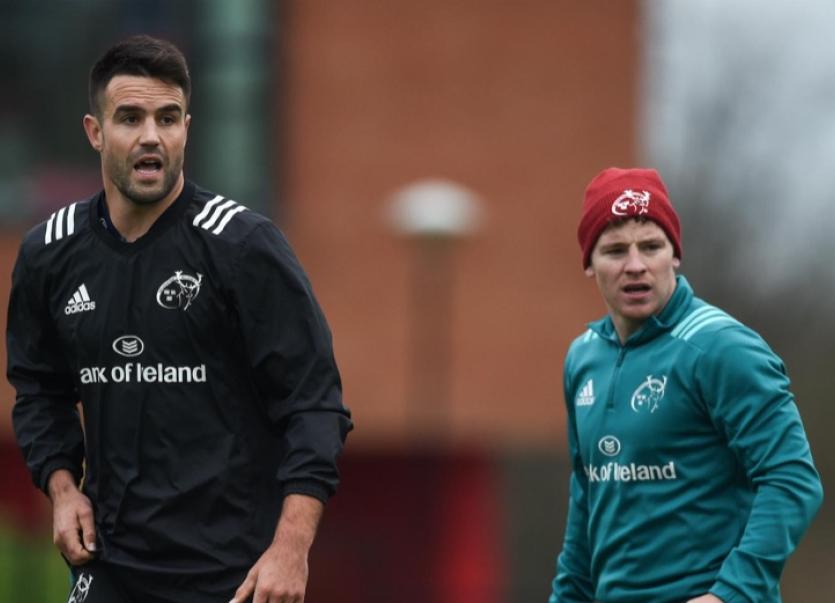 Conor Murray will be on the bench this weekend in Italy

Injury plagued Conor Murray (neck), Chris Farrell (knee) and Conor Oliver (foot)  make their return to the match day squad and are all named on the bench, while Ronan O’Mahony (leg) makes his first appearance of the 2018/19 season for Munster having made the road to recovery with the help of his club Garryowen in recent weeks.

Tyler Bleyendaal continues his captaincy from inside centre and Academy player Gavin Coombes makes his first start in the Guinness PRO14. The Young Munster forward has impressed this season when called upon from the bench.

There are several changes to the starting XV who claimed a 30-26 win over the Cheetahs in South Africa earlier this month.

Mike Haley continues at full-back as O’Mahony returns on the right wing with Alex Wootton maintaining his position on the opposite flank.

Rory Scannell, a shock omission from the Ireland Autumn international squad, starts in the 13 shirt with Bleyendaal completing the centre partnership.

Neil Cronin and JJ Hanrahan combine in the half-backs as Bill Johnston gets the nod on the bench ahead of Ian Keatley.

Gavin Coombes is joined by South African natives Chris Cloete and Arno Botha in the back row with academy forward Sean O’Connor  named among the replacements alongside Mike Sherry, Brian Scott and Shannon's Ciaran Parker.