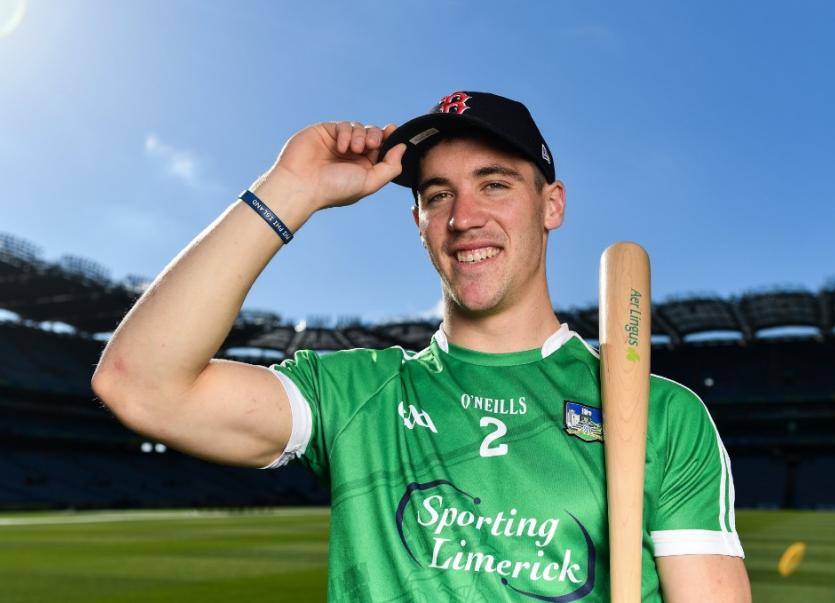 Limerick's Sean Finn at the launch of the Fenway Classic

LIMERICK will have a 25-man panel available for the Fenway Hurling Classic in Boston.

The Limerick hurlers returned to training this Monday – 11 weeks after bringing the Liam MacCarthy Cup to Shannonside.

Coach Paul Kinnerk put the panel through their paces in UL as Limerick began preparations for the Fenway Hurling Classic.

All-Ireland SHC winning manager John Kiely has finalised a panel of 25 to play in the November 18 competition in the US.

However, Limerick will travel Stateside without their six Na Piarsaigh players, who play Ballygunner in the Munster club SHC final the same day in Thurles. That rules out Shane Dowling, Mike and Peter Casey, William O’Donoghue, David Dempsey and Kevin Downes.

Another four players will miss the Fenway Classic due to injury – Darragh O’Donovan, Paul Browne, Richie McCarthy and Tom Condon. Barry O’Connell will also be absent due to personal commitments.

Limerick are to train four times before departing for Boston to familiarise themselves with the changed format.

In the Fenway Classic each team has 11 players on the pitch and there is no limit to the number of substitutions.

The Super 11s exhibition format takes place in the baseball ground in Massachusetts – home to the Boston Red Sox.

In Boston, Limerick will play Wexford in the tournament semi final with Clare playing Cork in the other semi final. The two winners will then meet in the final. All three games run consecutively and will be live on TG4.

As well as the on-field activities, Limerick GAA also have a number of fund-raising ventures in the US next week with events in New York, Boston and Chicago.