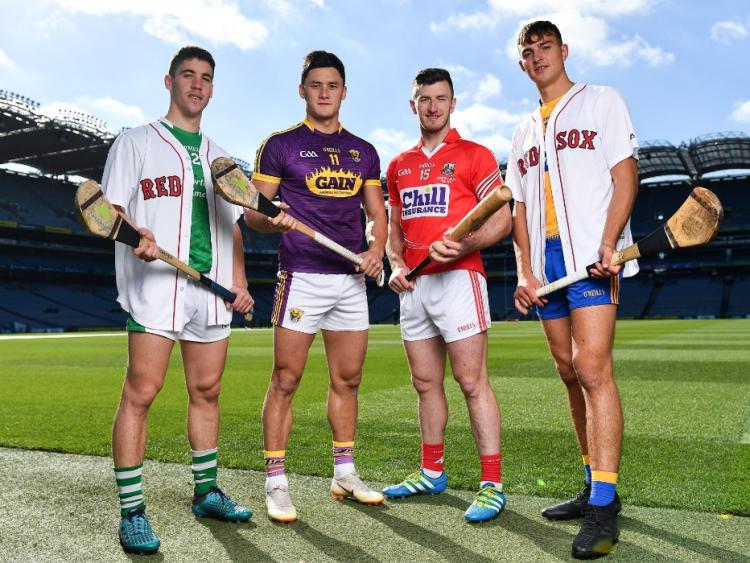 Seán Finn of Limerick, Lee Chin of Wexford, Patrick Horgan of Cork and Peter Duggan of Clare during the Fenway Hurling Classic 2018 Launch at Croke Park

THE Limerick senior hurlers have been drawn to play Wexford in the Fenway Hurling Classic in Boston.

The draw took place in the Irish Consulate Boston this week presided over by Consul General Shane Cahill.

Four teams will compete for the Players Champions Cup in a Super 11’s format tournament with each semi-final lasting 40 minutes with the winners proceeding to the final on the same day, Sunday November 18 in Fenway Park baseball grounds.

2017 Super 11s Champions Clare have been drawn against Munster Champions Cork while All-Ireland Champions Limerick will play against Wexford in the second semi final. The exhibition format was launched last week in Croke Park.

All three games to be broadcast live on TG4, GAAGO and NESN in the United States.

The November 18 event will begin at 12.30pm. ET and it will feature a traditional Irish festival complete with food, music and entertainment.

Over 30,000 attended the event in 2017 and tickets are now on sale at www.redsox.com/hurling