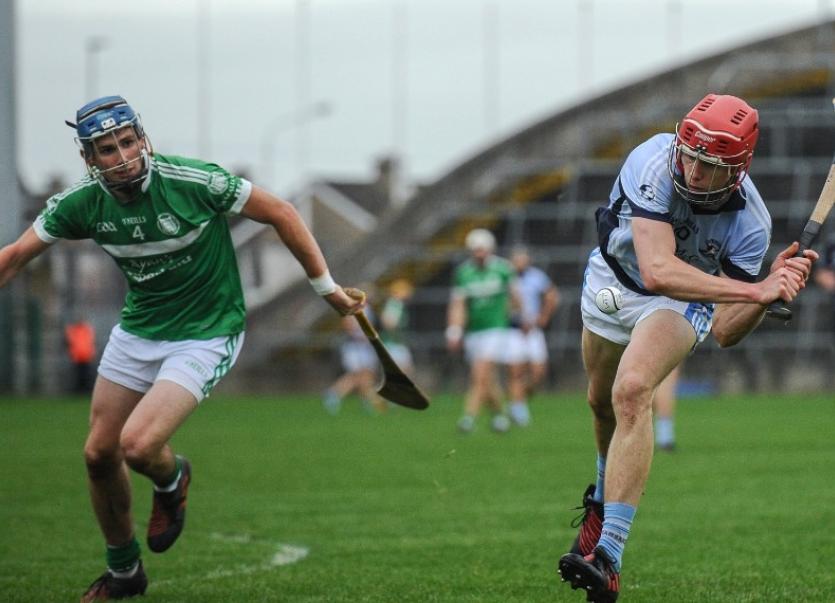 A 10th point of the evening from Shane Dowling secured a draw for champions Na Piarsaigh in their county final rematch with Kilmallock in the Limerick SHC.

In the Gaelic Grounds it finished Na Piarsaigh 0-21 Kilmallock 2-15.

Champions Na Piarsaigh were without injured duo Peter Casey and Alan Dempsey, while Kilmallock were without Gavin O'Mahon.

The sides were level on five occasions in the first half but the Caherdavin men were 0-14 to 1-7 ahead despite Oisin O'Reilly hitting a 14th minute goal. The champions had two points from play for each of Adrian Breen and Ronan Lynch.

In the second half Kilmallock gained the upperhand with a Robbie Egan goal moving them 2-14 to 0-18 ahead in the 50th minute.

But Na Piarsaigh hit three of the last four points to secure the draw with Dowling ending with 10-points, all bar one from placed balls.

There was also a draw between Doon and Adare.

Adare were on top early thanks to a Brendan O'Connor goal and led 1-2 to 0-4 at the end of the first quarter. A Darragh Stapleton goal for Doon left it 1-7 to 1-6 to the men from east Limerick at half time.

It was Adare's John Fitzgibbon that finally sealed the draw on a night when Willie Griffin had 0-9 (7frees) for Adare and Barry Murphy hit 0-7 (6frees) for Doon.

With Mark O'Dwyer accurate on frees the men from Castletroy edged the city men to the win. O'Dwyer ended with 0-10 (6frees). Barry Nash kept Liberties in touch with an impressive haul of seven points from play.

In the Limerick Premier IHC, Garryspillane beat Bruff 2-18 to 1-15.

It was a remarkable second half turn around for last year's beaten finalists, who trailed Bruff at half time; 1-4 to 1-12.

There is another round of Limerick club hurling championship next weekend.