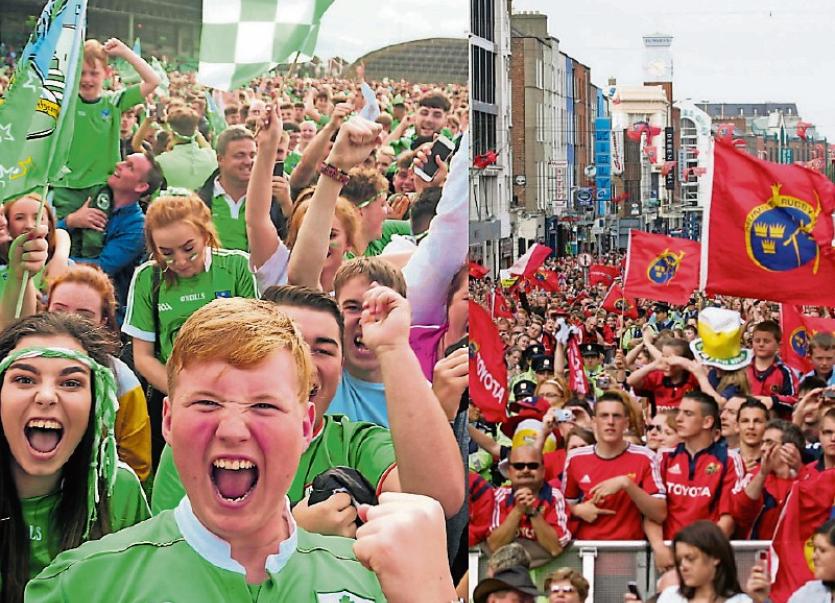 WITH just over 10 minutes remaining in Sunday’s nail-biting All-Ireland hurling final, the big screens at Croke Park flashed up images of Limerick supporters cheering on the side at the Gaelic Grounds.

At 4.50pm, Limerick supporters inside Croke Park cheered at the sight of the supporters back home. For fans unable to get their hands on tickets for the big game in Dublin, watching the match in the Gaelic Grounds was the next best thing.

The images of supporters in Limerick rekindled memories of 2006 when images of Munster fans watching the province’s Heineken Cup final showdown with Biarritz in the city’s O’Connell Street were shown on the big screens at the Millennium Stadium in Cardiff.

Afterwards Munster players insisted that the images of cheering fans in Limerick had helped spur them on to their first Heineken Cup final win.

A massive party is planned at the home of Limerick GAA this Monday evening as supporters will get a chance to welcome home their heroes – the first Limerick team to bring the Liam McCarthy Cup to the Treaty County in 45 years.

Limerick City and County Council in association with Limerick GAA are inviting supporters to come and join the free family-friendly party at the homecoming in an expected capacity crowd in the Gaelic Grounds.

A ticket will be needed to enter the ground, which will be open from 4pm. In the interests of health and safety the last admittance to the Gaelic Grounds for supporters will be 6.30pm with the Liam McCarthy due to appear at 7pm as the victorious team is welcomed onto the stage to have a chat with RTE’s Marty Morrissey.

The party is due to finish around 9pm and there will be music with Beoga, fronted by Limerick woman Niamh Dunne, and The Blizzards and DJ Mark McCabe.

There will be widespread traffic restrictions around the Gaelic Grounds. Supporters planning on going to the homecoming are urged to use public transport or park in the city centre and walk the short distance to the Gaelic Grounds. There is no parking available at the grounds.