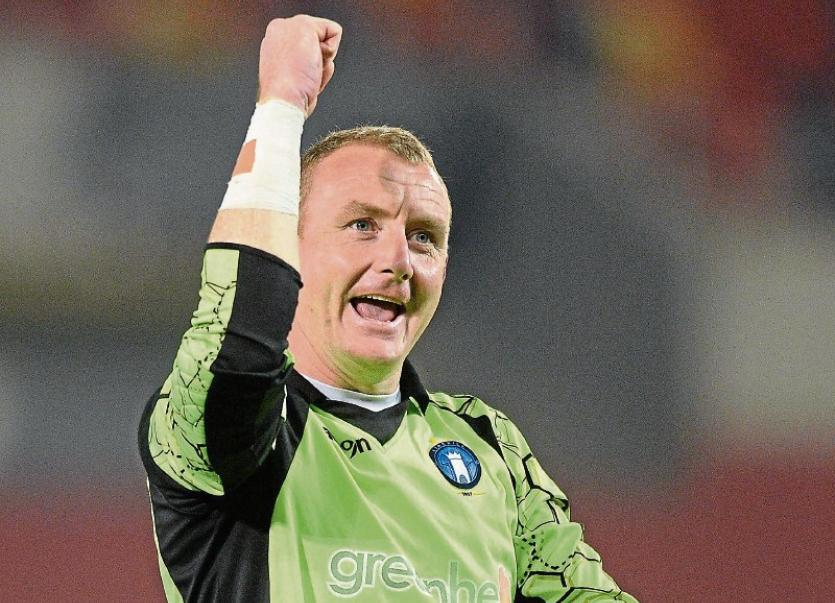 Since his retirement from League of Ireland football at the end of 2014, 39-year-old Ryan has been involved at Oscar Traynor level with his native Clare and has lined out with Avenue Utd.

Ryan joined Limerick FC from Galway United in December 2010 and the Ennis native has been first choice keeper with the Blues for the past four seasons.

Barry Ryan joined Limerick for their 2011 First Division campaign both as a player and as the club’s goalkeeping coach.

In 2003 Ryan moved to Shamrock Rovers, signing for then manager Liam Buckley.

At the end of 2004, Ryan signed for St Patrick’s Athletic where he played for four years before moving to Galway for the beginning of the 2009 season.

He also spent two years at Galway solidifying his reputation as one of the league’s top goalkeepers.

Ryan Munster Senior Cup and First Division titles with Limerick FC in 2012, playing a key role in the club’s promotion back to the Premier Division.

Renowned shot stopper Ryan left Limerick FC at the end of their 2014 season.

Fairview begin their Premier Division season in the local junior league on Wednesday night next.