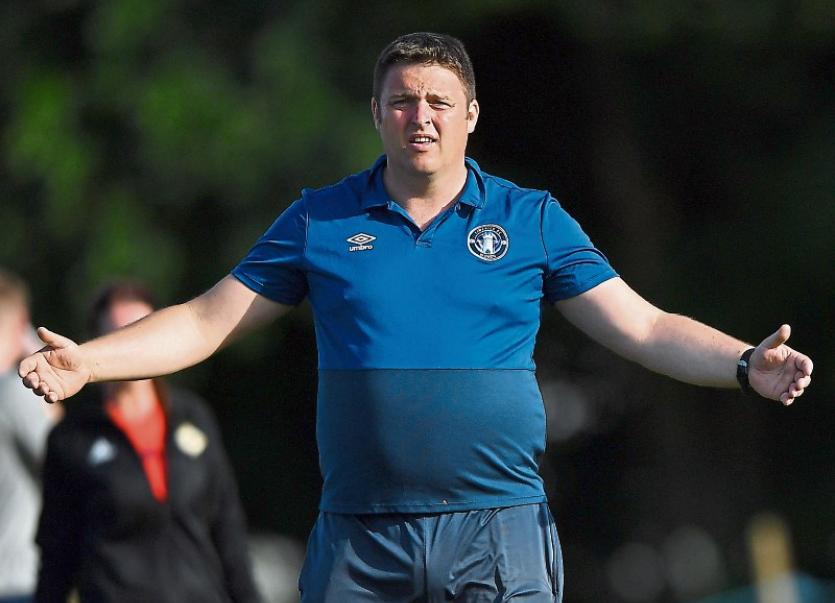 LIMERICK Women's Football Club have been forced to play the remaining of their home games this season in Hogan Park, causing frustration amongst the team and management.

As Limerick ran out comfortable 5-1 winners against Kilkenny United last weekend, the focus quickly turned to why David Rooney’s young guns had been informed about a change of venue in the build-up to the game.

“It was thrown at us during the week that we were switched to Hogan Park,” he said.

“Everywhere else in the club there has been financial cost-cutting measures and the girls are no different. We all have to cut our cloth to suit”

Rooney's side have played their home games this season at the Markets Field, but it now appears that the club will no longer use the LEDP owned facility.

“The Markets Field are obviously charging for the use of the facility. We can’t afford to pay the money that they are looking for. Unfortunately, the girls aren’t one bit happy about it,” added a frustrated Rooney.

While Rooney acknowledged the overall financial constraints at the club and the trickle down effect that has brought on, he highlighted a deal that was done with both the men’s and women’s teams to pay rent at the Markets Field, a substantial cost he believes is unsustainable for a newly formed women’s team.

“From the gate we don’t even have enough to cover the referees and the pizzas for the girls after the games so to go and pay another fee to the Markets Field, we can’t afford it.

“We will sit down and we’ll have a chat about it and we will probably ask the powers that be to have a look at it and maybe there is some way to develop women’s sport in Limerick.

“Nobody is taking money out of it so we are just trying to develop the game and the team.

“Hogan Park is a lovely venue. There are some really good volunteers keeping it in good shape but this is the Women’s National League and without all due respect to everyone that is looking after the pitch, it is not national league standard and we need to look at it going forward” concluded Rooney.

Limerick remain in seventh place in the national league with their two remaining home games against UCD and Shelbourne set to be played at Hogan Park.

“What are we saying about women’s football? The boys wouldn’t be allowed play here (Hogan Park) in the Premier Division. I know other games have been played there (Markets Field) under a charitable fund and women’s football surely falls in under that,” lamented Rooney.