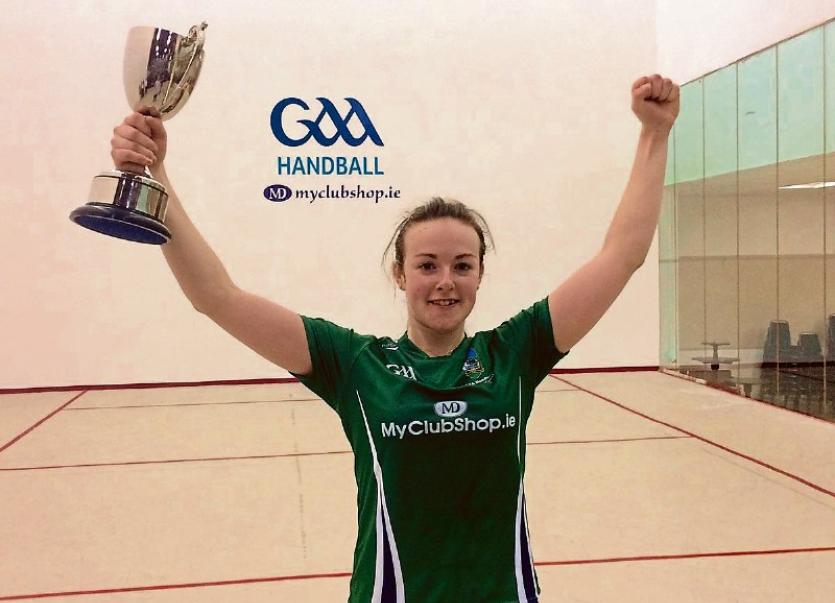 The championships take place in Minnesota, USA from August 9-19.

GAA Handball are sending a team of 13 players, all of whom won their way on the team via a series of qualifying events.

McMahon, of Broadford Handball Club, dramatically sealed her maiden All-Ireland Senior title back in March, snatching victory 21-20 in a tiebreak.

In the O'Neills All-Ireland 40x20 Senior Singles final at Kingscourt HC, Cavan, McMahon faced reigning champion Catriona Casey (Cork). Having lost the first 21-12, fought back from 10-1 in the second to win 21-19 and force a tiebreak. The tiebreak proved to an epic, with McMahon finally sealing the win 21-20 at her third attempt at match point.

While the Croagh-Kilfinny native is the only member of the official Irish team from Limerick, there will be other local entries with club members from Hospital, Broadford and Galbally making their way across the Atlantic in the coming days.

Ten countries are represented in the 2018 World Handball Championships, with Ireland and the USA currently fighting for dominance as the sports leading nation. Other countries include Canada, Mexico, Japan, Australia, Ecuador, Honduras, Costa Rica & Puerto Rico.

The Men’s and Ladies Open grades are the elite showpiece grades of the World Championships, and McMahon will be well placed to fight for the gold medal in her category.

Belfast’s Aisling Reilly comes into these championships looking for her third consecutive title but she has only recently come back from a serious shoulder injury.