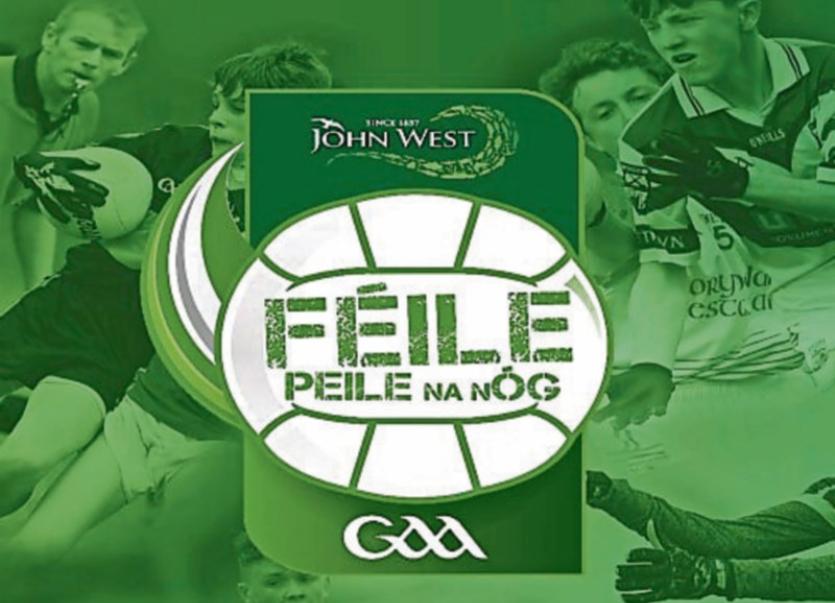 Feile Peile na nOg hosted by Meath, Down and Louth

Meath, Down and Louth host the national U-14 Gaelic Football finals from June 29 to July 1.

Also competing in the boys category are St Senans and Askeaton Ballysteen Kilcornan, while joining Mungret St Pauls in the ladies football section are Knockainey.

Fr Caseys will compete in Division Three. Their host club will be Trim and the Abbeyfeale side will also face games with St Peters Dunboyne (Meath) and Carrickmacross Emmets (Monaghan). Mungret competed in Division three last year and reached the final, where they lost to Castleknock (Dublin) 4-5 to 0-4.

Mungret St Pauls will play in Division Four, where their host club will be Summerhill of Meath. In their group games they will also play Carbury (Kildare) and Kinawley (Fermanagh). last year Fr Caseys girls’ side competed in Division 3 and lost the final to Clare’s Doora-Barefield 3-1 to 1-4.

Knockainey will play in Division Six of the ladies football. They will be hosted by Mattock Rangers in Louth. They will also play games against Drumbaragh (Meath) and Patrick Sarsfields of Antrim.

Elsewhere in the boys section, St Senans will play in Division Eight. Their host club is Meath’s Moynalty-Carnaross. They will also have group games against Drimconrath-Meath Hill and Boston.

Last year Division Eight was won by Cappamore, when they defeated Lissycasey (Clare) in the final when the competition was hosted by Fermanagh, Cavan and Monaghan.

Askeaton Ballysteen Kilcornan will play in Division 11. Their host club is Annaclone (Down). They will also play Carryduff (Down) and Doonbey (Clare).

In the 2018 John West Feile Peil na nOg boys football tournament, there are 88 host teams. These 88 host teams, will host visiting teams from across the 29 non-hosting Counties, plus Britain, Europe and North America. In total, 13 overseas teams will travel to take part this year.

In the girls football event, there are 56 host teams, with 56 visitors travelling from across Ireland, Britain and North America.