Limerick FC boss Tommy Barrett: “This is not a crisis – a crisis is the homeless crisis” 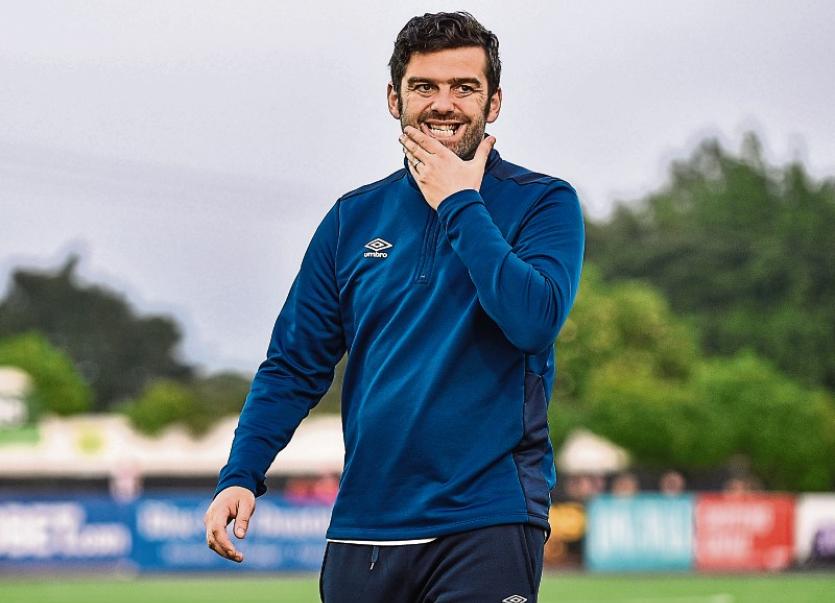 LIMERICK FC players begin their mid-season break this week with fears among supporters that a number of the squad’s key, experienced players will depart during the summer transfer window.

Speculation is mounting that Limerick will opt to go part-time for the remainder of the season as the club’s income from gate receipts and sponsorship has fallen significantly.

Fans fear that the likes of goalkeeper Brendan Clarke, midfielder Conor Clifford and the versatile Eoin Wearen who have impressed for the struggling side may opt to move elsewhere in the coming weeks.

Asked what he can do to influence any players thinking about leaving the club to stay put, manager Tommy Barrett said: “It probably won’t be up to the players. We will have to look and review things and see where who we can leave go and who we can bring in.

“It won’t be solely down to the players. We obviously have to review where we are at. Pat (O’Sullivan) has invested a lot of money in it and there are not a lot of people coming in the gates.

“There is not a lot of investment or sponsorship coming in, not hugely anyway, so we have to review those things and see where we can go from there.”

Barrett insisted no player had indicated to him about a desire to leave Limerick during the summer transfer window.

“No, we will review it when we come back (from the break). We have Bray to play and we will concentrate on that.

“As with any season, people will move on and we will review it and might bring in players, so that happens every season in the League of Ireland. I’m sure we won’t be the only club where it happens.”

Asked about coping with the pressures of managing a side which is struggling towards the foot of the Premier Division table, Barrett said: “Obviously there is pressure on everything you do, but really it is a game of football at the end of the day.

“That is not me dismissing it. People are talking about a crisis, but a crisis is the homeless crisis or people committing suicide.

“This is not a crisis, it is a game of football and we have to get into reality and live in the real world.

“In the work I have done in the past and I’m still doing, that helps. Obviously, I don’t like to lose games, I get upset over it, but in reality you have to look at the bigger picture and stay calm and take the emotion out of it.

“I always try to do that. Otherwise, you don’t get any clarity, so that’s what I intend to do.”

Friday’s results saw bottom side Bray move to within six points of ninth-placed Limerick ahead of their crucial clash on June 29.

Limerick sit three points behind eight placed Bohemians, who are clear of the relegation zone.

Barrett said: “There is lots to go, lots of twists and turns yet. If we can stay away from the bottom we will be happy.

“Obviously, if we can catch Bohs we will be happier still.”