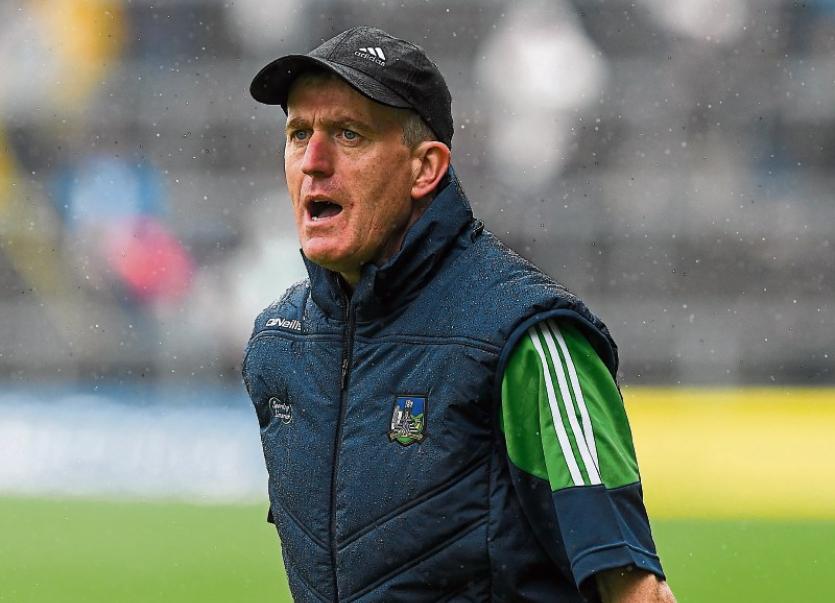 “No one is getting carried away”, stressed Limerick hurling manager John Kiely after Sunday’s superb six point win over Tipperary.

“We have three more games in this round robin series so its heads down and get ready for Tuesday night’s training - recovery over the next 48-hours will be key,” outlined John Kiely after the 1-23 to 2-14 win in the Gaelic Grounds.

“For us, this was only game one of four so there is no one getting carried away with this,” he stressed.

“I think we were just stronger on the day - physically stronger. About 15-minutes into the second half I really couldn’t see any other result to be honest - I thought we were getting dominant in the key areas and really busy at the back,” he said.

Next up for Limerick is a Saturday June 2 trip to play Cork in Pairc Ui Chaoimh.

“We have to go back to the drawing board and have a lot at that game - analyse the game and see where did the couple of goals come from and they had a good few scoring chances as well. There are plenty learnings from that game before we go to Cork in two weeks time,” outlined Kiely.

“All the lads are really looking forward to going to Cork to the new stadium and playing our first championship match there - it’s something to look forward to for the next two weeks.”

Tom Morrissey and Seamus Hickey picked up knocks but the manager isn’t expecting any long term injuries after the game.

“A few boys picked up a few bits and pieces but nothing major - they were only knocks so all should be back in training on Tuesday night.”

Meanwhile, defeat was Limerick’s lot on Saturday in the Munster SFC – a fourth successive year that Clare ended any provincial football aspirations. Limerick are now without a win in the competition since 2012.

Billy Lee’s Limerick now await the All Ireland SFC Qualifier draw with a game in round one on Saturday June 9. Limerick will be one of 16 teams in the draw with home advantage if drawn against a side that played in Division One or Two in the Allianz Football League.