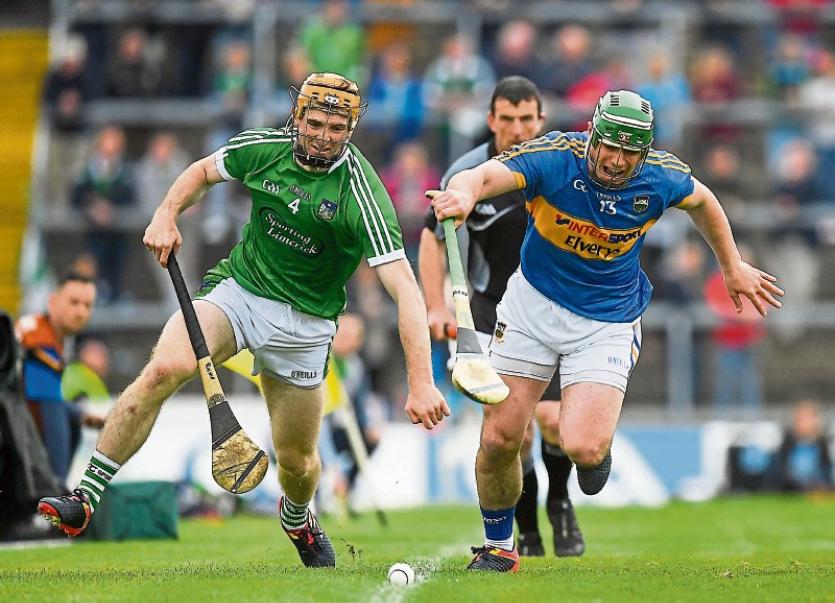 LIMERICK opened their Munster SHC campaign with a superb six point win over Tipperary in the Gaelic Grounds this Sunday.

The sides were level on 15 occasions before Limerick found a late run of scores to secure the win for John Kiely’s men.

Next up for Limerick in the new-look SHC is a June 2 trip to Pairc Ui Chaoimh.

Tipperary were 1-10 to 0-12 ahead at half time after a 35-minute period that saw the sides level on 10 occasions and each hitting six wides.

Watched by 20,423 Limerick had six different scorers from play in the half, while Tipperary relied on seven pointed frees from Jason Forde.

While an Aaron Gillane free was the opening score of the 2018 Munster SHC, points from Tom Morrissey and Graeme Mulcahy had Limerick 0-3 to 0-2 ahead after seven minutes.

Limerick’s wides tally had reached five by the time the game was level at 0-3 each.

Three minutes later the sliothar was in the net but at the other end – Dan McCormack goaling for Tipperary in the 19th minute when he pulled first time after a John McGrath shot came into his path off the bottom of the upright.

It was pretty much score for score from here to the break – Tom Morrissey, Cian Lynch, Seamus Flanagan and Darragh O’Donovan all finding the range for the men in green.

Noel McGrath had the only Tipperary score from play after the goal when he pointed in the 29th minute – otherwise it was Forde frees that edged The Premier County ahead.

On their return the sides were met with a heavy drizzle.

Forde hit back but great determination from Darragh O’Donovan set up a fine Tom Morrissey score from under Mackey Stand.

But once again the game was tied up when Jason Forde struck for a Tipperary goal – 0-18 to 2-12 with 20-minutes to play.

Tipp now had Brendan Maher and Seamus Callanan, and Limerick responded with Barry Murphy, David Dempsey and Mike Casey all introduced in quick succession. Mulcahy and Morrissey made way – each had three points from play.

The game went 10-minutes without a score after the Forde goal and it was Noel McGrath that then edged Tipp ahead on 58-minutes.

Gillane from play hit back to start the Limerick run of winning scores.

Forde replied but then came the Barry Murphy goal – the Doon man doing great to bat to the net for a five points lead with three minutes to play, as well as five minutes injury time.

There was no Tipp response and a Byrnes free sealed a six point Limerick win.