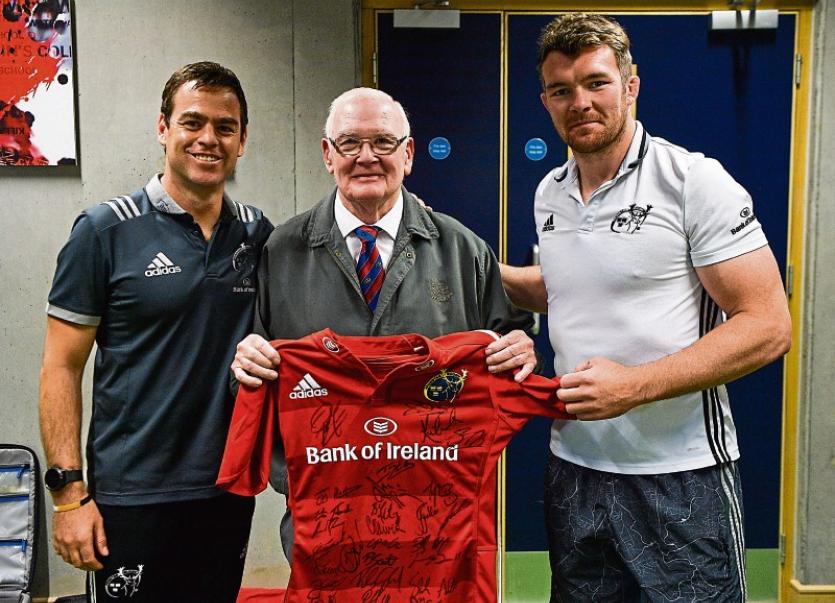 Munster captain Peter O’Mahony and head coach Johann van Graan jointly presented a signed jersey to the radio commentator who will hang up his commentary mic with Limerick’s Live 95FM for the final time at the end of the season.

The jersey presentation was made at the province's weekly press briefing at UL High Performance Centre.

Regarded as the ‘voice of Limerick rugby’, Len Dinneen has commentated on rugby fixtures for 40 years.

He vividly brought the colour and excitement of Munster’s most famous wins on the rugby pitch to life for tens of thousands of radio listeners.

Len Dinneen is due to commentate on Munster’s glamour Guinness Pro 14 semi-final showdown with Champions Cup winners Leinster at the RDS Arena this Saturday, 3.15pm.

The Limerick man will hope it is his penultimate commentary as the Guinness Pro14 final is due to take place at the Aviva Stadium a week later.