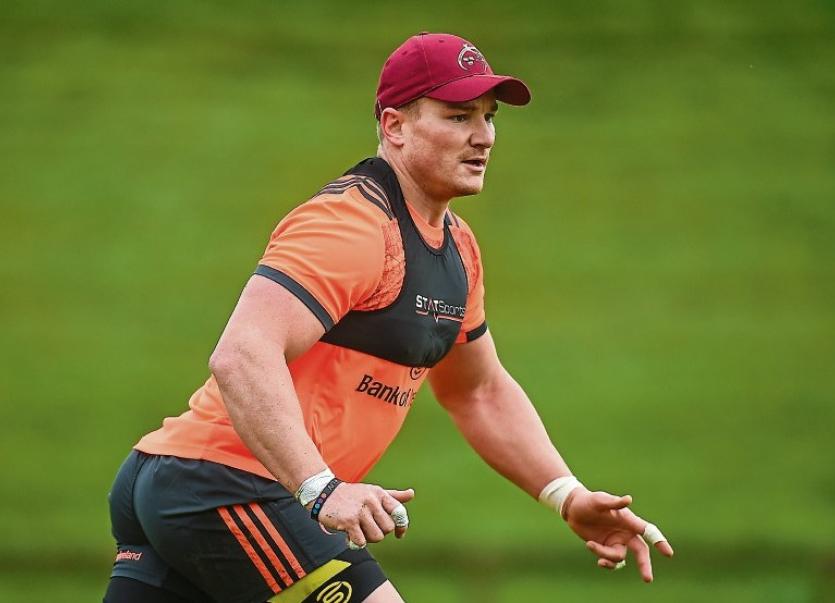 Chris Cloete in training for Munster at UL

The Munster Rugby squad gathered in the University of Limerick this Monday to continue preparations for next Saturday’s Guinness PRO14 Semi-Final against Champions Cup winners Leinster at the RDS (3.15pm).

Following the win against Edinburgh in Thomond Park, the medical department confirmed that Stephen Archer sustained a pec muscle injury, with the tighthead prop requiring surgery last week, ruling him out of this weekend’s clash.

Winger Andrew Conway, who sustained a concussion in the same encounter continues to follow return to play protocols.

Similarly, Duncan Williams who sustained a concussion against Ulster in round 21, continues to follow return to play protocols.

The front row union of Brian Scott (ribs), Niall Scannell (AC joint) and John Ryan (back) will all take part in training this week, while Kevin O’Byrne (hip flexor) has returned to on-field training.

South African backrower Chris Cloete is progressing well with his rehabilitation from a fractured forearm sustained against Glasgow in February and is expected to return to training this week under the supervision of the medical staff.