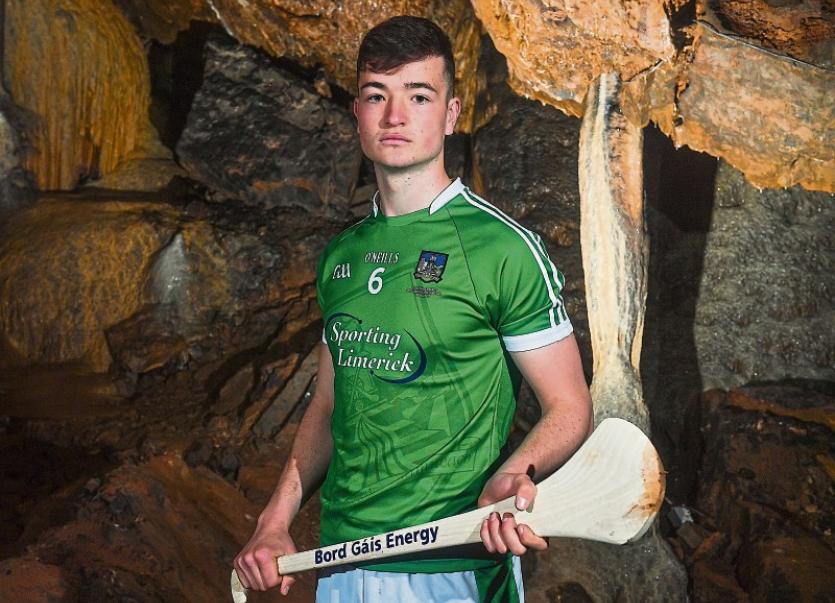 LIMERICK will “relish” the challenge of entering the Munster U-21 Hurling Championship as defending champions, according to captain Kyle Hayes.

Pat Donnelly’s Limerick go to Cusack Park in Ennis this May Bank Holiday Monday to play Clare in a straight knockout Munster U-21 quarter final.

“It just seems like the other day that we were winning a final and celebrating. It comes around real quick, especially this year with the new senior set-up pushing the U-21 forward a bit,” Limerick captain Kyle Hayes told LeaderSport last Wednesday afternoon from the Bord Gais Energy launch of the championship in Mitchelstown Caves, Co Tipperary.

With Peter Casey ruled out, captain Hayes will be the only player with senior championship experience in the Limerick line-up to play Clare.

“It’s still a very strong panel – we might not have the stars names likes Cian Lynch, Aaron Gillane, Barry Nash, Tom Morrissey and all those guys but there is still are still some very good players there. This is what blossoms from the underage set-up – nearly every team that comes through is a decent team,” outlined Hayes.

Limerick are bidding to reach a June 21 with Tipperary in Semple Stadium in Thurles.

”It’s the first round but it’s our All Ireland final – we face a big challenge and especially with Peter (Casey) out because he is a major loss. We are champions and we will relish how every many challenges we get to defend that.”

Hayes accepts that Clare will raise their game for the visit of Limerick.

“In very sport it is the same – we are going to relish the challenge. Our first goal is to get over Clare and then we will look forward after that if we get over them.”

Two years ago Hayes, captained Limerick to an All Ireland MHC final appearance.

“ I didn’t realise for a while that this is my last year at U-21 because it goes to U-20 next year. To be captain is a proud day for myself and my family. There is a bit more pressure but I look forward to that – I like leading and that challenge. I wouldn’t be backing down or shying away from any challenge,” said the Kildimo-Pallaskenry man.