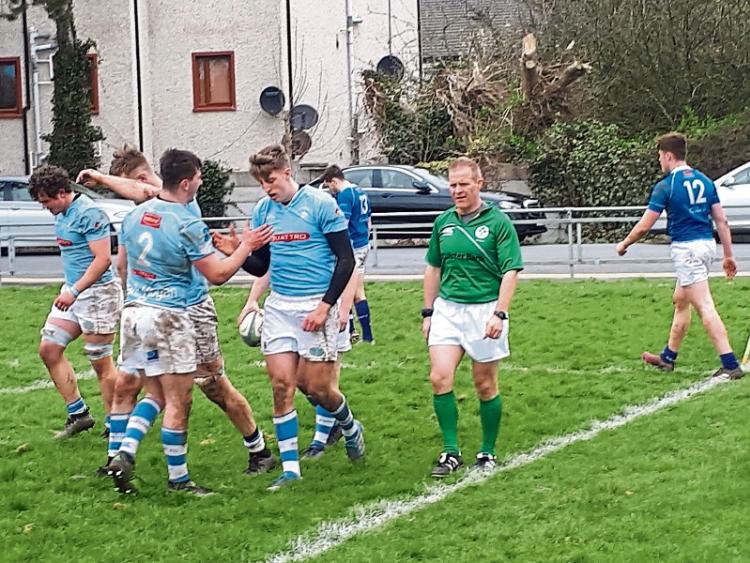 GARRYOWEN have qualified for the Ulster Bank League Division 1 play-offs for the first time in nine years, while Shannon booked their return to the to flight after a five-year break when winning Division 1B on a dramatic final day of regular season action.

Garryowen can now look forward to facing an away date with table toppers Lansdowne in the semi-finals in two weeks time after running in seven tries in winning 48-21 over St Mary’s College at Dooradoyle.

That semi-final fixture is scheduled to take place on the main pitch at the Aviva Stadium on Saturday, April 28.

Tom Hayes’ Shannon side secured automatic promotion to 1A for next season after finishing top of 1B with an exciting 40-17 victory over promotion-chasing UCC on the back pitch at Thomond Park.

Elsewhere, UL-Bohemian will have to rely on coming through the relegation play-off series in order to secure their Division 1B status for next season after finishing second from bottom in the table following their 32-30 defeat away to Banbridge.

UL-Bohemian, will host Nenagh Ormond, fourth in 2A in the first of the play-off games at UL on Saturday next, April 21. Should Christy Neilan claim victory against their North Tipp rivals, they will play either Highfield or Armagh in the play-off final on Saturday. April 28.

Division 2B champions Old Crescent made it 17 wins and a draw from their 18 regular season fixtures when defeating Rainey Old Boys 28-8 at Rosbrien.

Meanwhile, Thomond’s hopes of securing automatic promotion to Division 2B were dashed in no uncertain terms as the Fitzgerald Park side fell to heavy 37-0 defeat away to Sligo in their top-of-the-table clash.

Thomond can still gain promotion to Division 2B should they successfully come through the promotion play-off series.

Thomond must travel to Omagh for their promotion semi-final play-off on Saturday next, April 21. Should the Limerick side emerge successfully from that tie, they will face either Belfast Harlequins or Malahide in the promotion final a week later.

Meanwhile, in the same Division, Bruff will have to safely negotiate the relegation play-offs if they are to retain their senior status for next season.

Bruff finished second-from-bottom in 2B after succumbing 19-14 away to Omagh.

Bruff with home advantage in Division 2C promotion/relegation play-off against the Junior clubs Round Robin runners-up on Saturday, May 5.

Meanwhile, in Division 1A of the Ulster Bank League, hooker Ger Slattery called time on his distinguished playing career in Young Munsters’ 31-29 defeat away to UCD at Belfield.

St Munchin’s College Munster Schools Senior Cup winning captain Slattery also won a Grand Slam with the Ireland U-20s, as well as playing for Munster in the Pro12 and for the Barbarians.