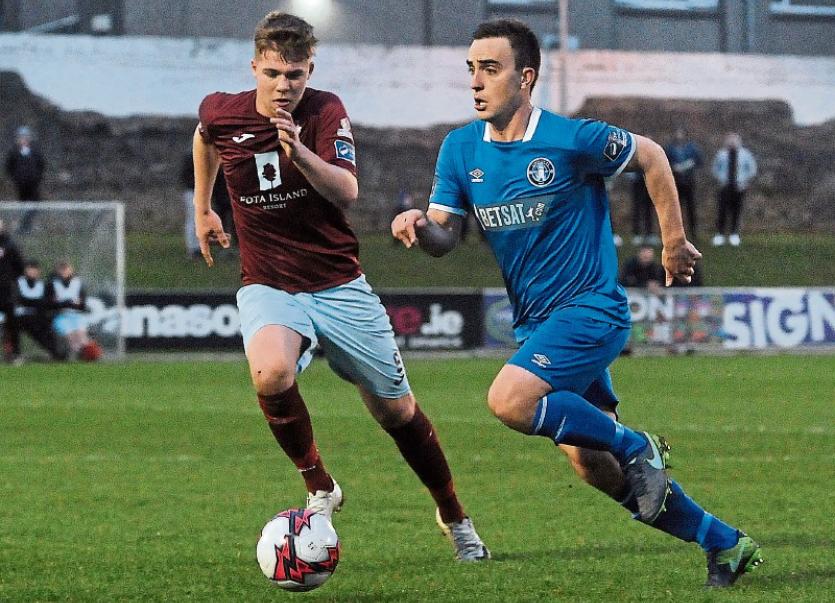 LIMERICK FC manager TOMMY Barrett believes his side must forget about their embarrassing EA Sports Cup defeat on Monday night and focus on a Premier Division six-pointer against Sligo Rovers this weekend.

Cobh Ramblers’ Ben O’Riordan netted late to send Limerick packing from the EA Sports Cup at the Markets Field – a result that Blues boss Barrett believes his side deserved.

Speaking in the wake of their EA Sports Cup exit at the hands of First Division Cobh Ramblers, Tommy Barrett said: “It’s always disappointing to lose a game, but we didn’t do enough in the game.

“Again, we’re not taking our chances. If you take the lead, you might go on and score a second one, but we’ve given them hope and they’ve scored from a set piece in the 90th minute – so fair play to them.

“We were complacent. You can’t be complacent in any game or you’ll get turned over.”

Confidence is low with the Blues at the moment, but Barrett feels his side can be every bit as confident as Saturday’s opponents Sligo, given their current run of poor results, too.

“We got a good result up in Bohs. It’ll be a different team again on Saturday. They got a poor result against Derry, so we’ll be as confident as we can be going into the game.

“We just have to forget about his one unfortunately and move on.

“They’re a very good side. They’re in a bit of a false position really. They’re loaded with good players, but as you saw with us (against Cobh), having better players doesn’t always mean you’re going to win the game. That’s what’s happening with them, too.”