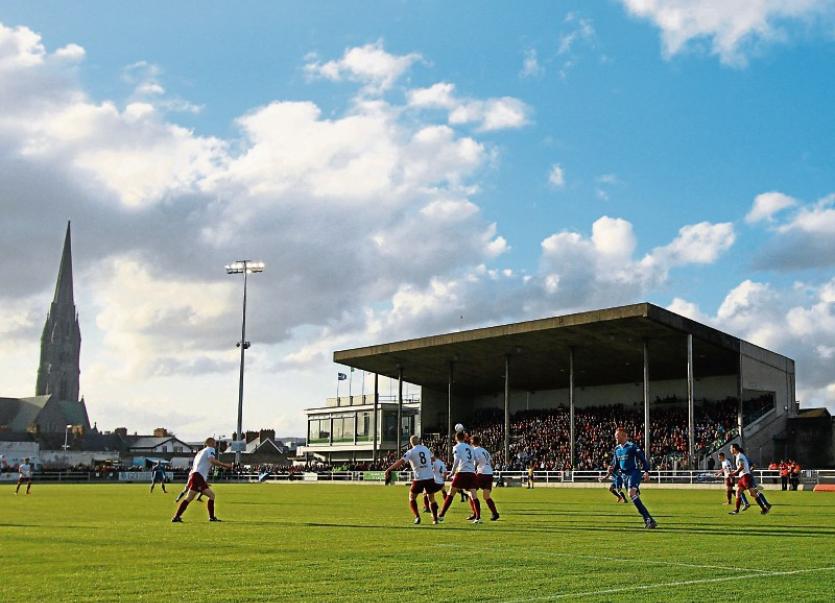 A LATE BEN O’Riordan header sent Limerick FC crashing out of the EA Sports Cup at the hands of First Division Cobh Ramblers at the Markets Field on Monday night.

In the lead-up to the Cup clash, Limerick manager Tommy Barrett spoke about how this game’s primary purpose was to get minutes into some legs, as well as handing opportunities to the players on the fringes of the matchday squad.

The Blues boss kept his word – making six changes from the side who drew 0-0 with Bohemians in the SSE Airtricity League Premier Division in Dublin last Friday.

Henry Cameron lined out in the unfamiliar role of right back, while Connor Ellis led the line – flanked by Danny Morrissey and Karl O’Sullivan, with Shane Duggan in behind.

Tommy Holland kept Limerick in the game for the majority of this tie with great save after great save, but Danny Morrissey was guilty of missing an open goal midway through the first half.

Just as it appeared that the tie was headed to extra time, Ben O’Riordan popped up to head home a corner kick in the final minute – much to the dismay of the scattered home support.

Limerick must dust themselves down quickly as they face fellow strugglers Sligo Rovers in a crucial SSE Airtricity League Premier Division fixture at the Markets Field on Saturday evening, 6.30pm.