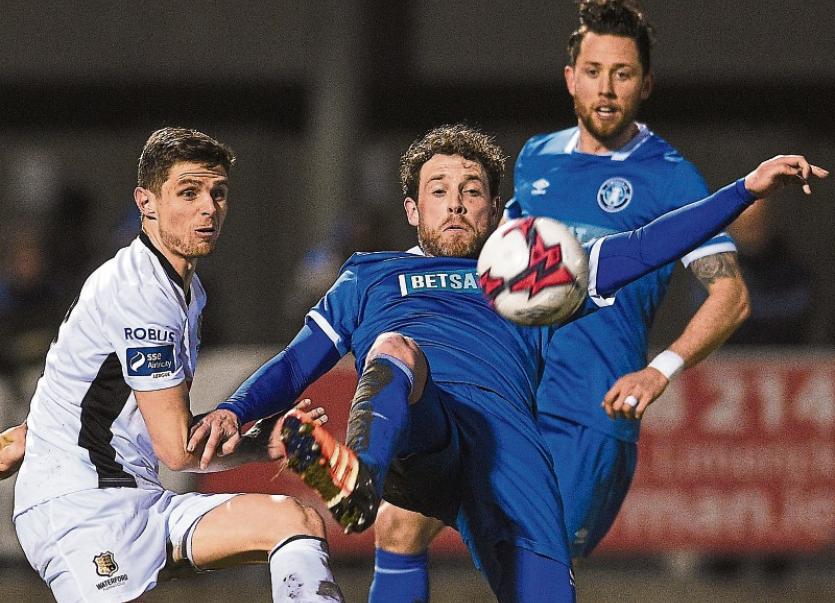 Limerick FC travel to Dalymount Park on Friday night to take on fellow strugglers Bohemians in an early-season six-pointer in north Dublin.

The Blues have only picked up a single point in their last five games and will be looking to stop the rot as they visit a side with an identical record to them this season. Keith Long’s Gypsies have also won twice, drawn twice and lost five times in the opening series of games, however they’ve yet to suffer the sort of hammering that Limerick felt in both the Brandywell and Oriel Park.

Struggling with injuries, Tommy Barrett may have welcomed the postponement of their EA Sports Cup clash with Cobh Ramblers last Monday – although new signing Barry Maguire is in serious need of game time. The former Dutch underage international gifted former Blue Bastien Hery the ball that led to Waterford’s opener in their 2-0 win at the Markets Field last week.

Bohs, like Limerick, got off to the best possible start – winning against their arch-rivals Shamrock Rovers on opening day, but have only won once since then – a 2-1 win over Bray Wanderers, which Limerick also achieved last month.

The sides first meeting took place at the Markets Field back in February, with Eoghan Stokes levelling the score in the final minute of regular time with a header that stunned the Garryowen venue. Cian Coleman had opened the scoring after a pull-back from Shane Duggan on the end-line.

Limerick have netted just four times in their nine games to this point, which will be of huge concern to manager Tommy Barrett. He may choose to fast-track Mark O’Sullivan’s return after the striker missed the last month with a broken metacarpal. Eoin Wearen will remain on the sidelines, but the Blues will be boosted by the likely return of Daniel Kearns. The influential winger looked a threat every time he got the ball, before a niggle has forced him to miss games.

Opting to play 3-5-2 against Waterford the other night, Barrett would have far more options with Mark O’Sullivan back in the side, who would appear to be the ideal partner to get the most out of struggling front man Connor Ellis.

In the sides’ fourteen meetings since Limerick were promoted to the top tier back in 2013, the Blues have won the majority, including three consecutive 1-0 wins between July 2013 and April 2014. Bohs’ 2-1 win at Thomond Park in July 2014 was to be Stuart Taylor’s last game. The Blues have won three of the last five, while their last encounter was the draw first between the sides this decade. Keith Long’s men have outscored Limerick 18-16 in those games. Kick-off is at 7.45pm