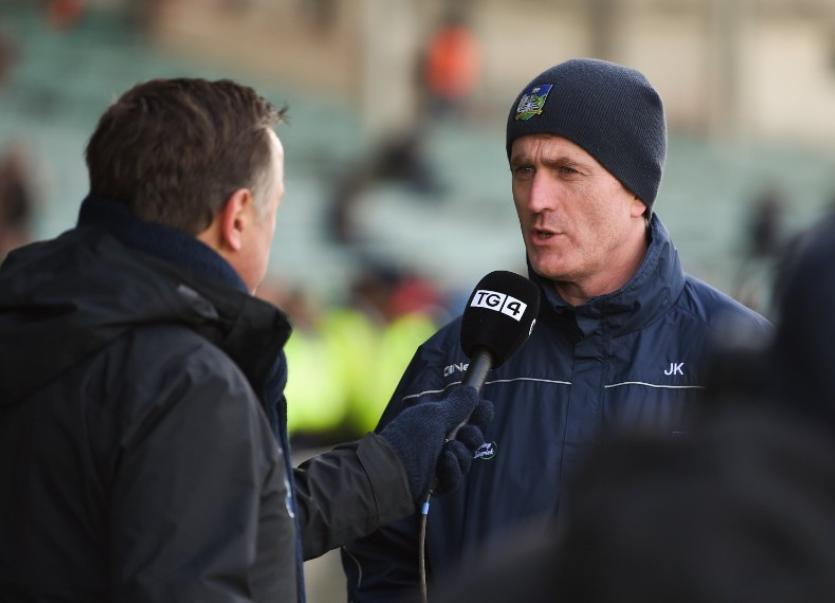 Limerick v Tipperary will be live on TG4

GAA fans are in for a treat next weekend as no fewer than seven GAA matches will be broadcast on TG4 on Saturday and Sunday afternoon including the four Allianz Football League Finals and the two Hurling semi-finals (see full schedule below).

Sunday’s live GAA coverage from Croke Park begins at 1:30pm with live coverage of Cavan v Roscommon and Dublin v Galway.  Hurling fans will also be able to watch Wexford v Kilkenny live on TG4’s YouTube channel at 2pm while this match will also be broadcast in full on TG4 at 5:45pm.

9:30pm  Laochra Gael – Mickey Harte
Hailed as a tactical genius and the father of contemporary football, Tyrone Football Manager Mickey Harte has 3 All Ireland Titles and 6 Ulster Championship Titles to his credit.  In this Laochra Gael episode Mickey takes us on a journey from his fondly remembered rural childhood - surrounded by family, faith and lashings of home cooked food – to the pinnacle of GAA achievement. He is also a grief counsellor, spiritual mentor and motivational speaker. Mickey has risen above the Troubles, bitter controversy on and off the pitch as well as intense personal tragedy. This final episode profiles a man who remains an inspirational figure not only for Tyrone footballers and fans, but many people far beyond the 4 white lines of the pitch.           Promo link:  https://vimeo.com/261286065
(Repeated on Friday 30 March at 11:25pm)

MONDAY 2 APRIL
8:00pm   GAA 2018 on TG4
Weekly GAA highlights series with action this week from all of the weekends matches.