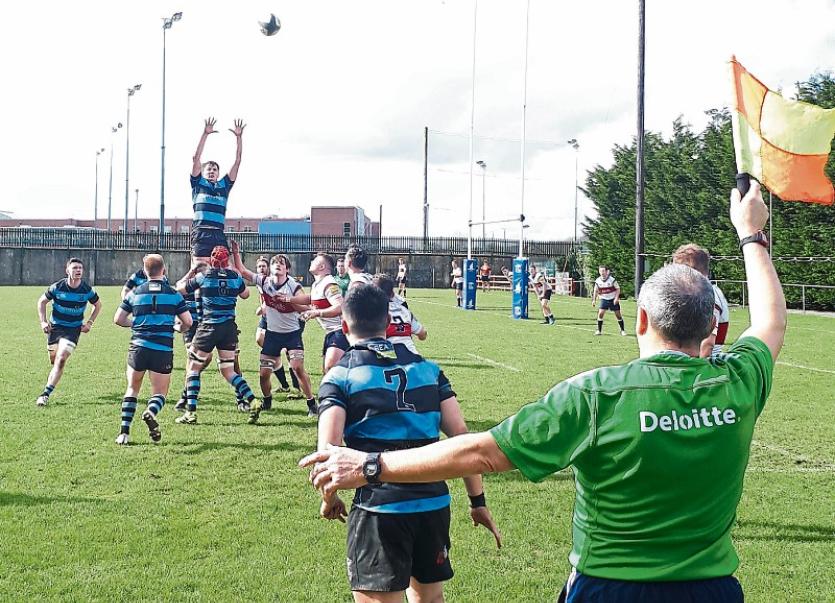 FOUR Limerick clubs recorded precious victories on a mixed day for local sides as the Ulster Bank League cranked up a gear on Saturday.

Garryowen and Young Munster kept their top four play-off hopes with crucial bonus point wins in their Ulster Bank League Division 1A fixtures, while in Division 1B Shannon got their promotion bid back on track with a nervy victory over Old Wesley.

Also in 1B, UL-Bohs’ relegation worries continue following their 31-17 defeat away to fellow strugglers Ballymena.

In Division 2B, Old Crescent have been promoted as champions following their 16th successive league victory this season, this time a thumping 31-7 victory over Dungannon at Rosbrien.

There was no joy for the Limerick sides in 2C. Promotion-chasing Thomond did pick up a losing bonus point in a 21-14 defeat away to Seapoint. Eighth-placed Bruff suffered a heavy 31-10 defeat away to Sligo to now sit just one point ahead of ninth-placed Tullamore.

Garryowen moved back into the top four places in Division 1A, jumping ahead of opponents Clontarf, as a result of their vital victory at Castle Avenue.

Fourth-placed Garryowen are now two points clear of fifth-placed Tarf with now just two series of games to go in the regular season.

The Dooradoyle side, which eventually claimed a thrilling 35-30 bonus point win, held a four-point half-time lead over Clontarf at Castle Avenue, 14-10.

Conan Doyle’s side had tries from Liam Coombes and Jack Daly, Neil Cronin converted both.

However. a Jack Power try and David Joyce penalty had the Dubliners 18-14 in front in the third quarter.

The see-saw nature of the scoring continued in the 64th minute however, when Garryowen struck for a third try through Diarmuid Barron following a well-executed maul. Cronin’s conversion made it 21-18.

While Garryowen trailed 28-30 with five minutes to go, despite a try from Andrew O’Byrne, the visitors sealed a 35-30 bonus point win when Barron struck for his second try with three minutes remaining.

The home side scored three tries in the opening period with two touchdowns from Alan Tynan, while Ger Slattery also touched down.

However, two tries from Alan Guaghan helped Buccs’ coming storming back and the visitors led 22-19.

Back came Munsters’ however and Luke Fitzgerald struck for a bonus point try for the home side for a precious 24-22 win.

A 78th minute penalty goal from the boot of out-half Conor Fitzgerald edged promotion-chasing Shannon to a hard-earned 24-21 win over Old Wesley on the back pitch at Thomond Park.

Despite this win, Shannon remain in third place in the table, six points off leaders Ballynahinch and five points behind second-placed Banbridge.

Shannon do have a game in hand on their promotion rivals against struggling Dolphin at Musgrave Park on Saturday next, 1.30pm.

The sides had been level 9-9 at half-time in a highly competitive fixture. Out-half Fitzgerald kicked three penalty goals for Shannon, while winger Jack Maybury replied with three penalties for the Dubliners.

The home side took a firm grip on the game when striking for two tries in as many minutes soon after the restart from Pa Ryan and Darren Gavin helped Tom Hayes’ charges into a 21-9 lead.

However, Wesley stormed back with two tries of their own from Rory Stynes and Tommy  O’Callaghan to draw level in the dying moments.

Meanwhile, UL-Bohemian have dropped into the relegation play-off position in Division 1B following their 31-17 defeat away to Ballymena.

The Red, Red Robins who trailed 5-17 at half-time, with Jamie McNamara scoring the Annacotty side’s try.

UL-Bohs managed managed two further tries after the break from Harry Fleming and Adrian Enright which brought the score back to 25-17.

However, a late penalty goal and drop goal helped Ballymena close out victory.

Free-scoring Old Crescent are looking forward life in Division 2A next season after running in five tries in easing past Dungannon to seal with Division 2B title with two games to spare.

Newly crowned Division 2B champions Old Crescent had yet another try bonus point in safe keeping by half-time when leading Dungannon 24-0 at the break.

Val McDermott bagged two tries, while Brian Tuohy and Larry Hanly also touched down for the home side.

Padraig Monaghan added a fifth try for Crescent on the hour mark to stretch their advantage to 31-0 with Ronan McKenna kicking his third conversion of the game.

Dungannon did manage a late try, but Old Crescent were celebrating a comprehensive victory at full-time.

In Division 2C, Thomond remain top, just one point clear of both Sligo and Omagh with just two games remaining, following their 21-14 defeat away to Seapoint.

Also in Division 2C, eighth-placed Bruff suffered a 31-10 defeat away to Sligo.

The sides had been level 10-10 at half-time with the Bruff points coming courtesy of a Paddy Cleary try, while David O’Grady added a penalty goal and conversion.