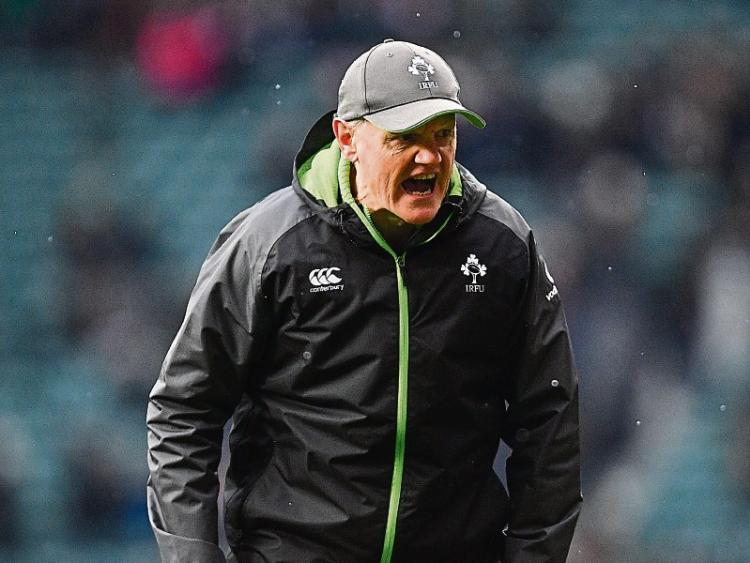 Ireland head coach Joe Schmidt has been heralded as a master tactician following his side's Grand Slam win last weekend, but there is more to Joe than 'Power Plays'.

Ireland are now the second best rugby team in the World and have won a third Grand Slam in their history. The men in green are on a high.

The consistent performance of the Irish side is being put down to one man, Joe Schmidt, but I am sure the former school teacher will agree, there is more to this period of Irish success than Joe.

The Ireland squad used 20+ players in their Six Nations title win. The depth of squad is due to the process by which the Irish provinces produce their players with one single focus, to make Ireland better.

The IRFU have one team that makes a barrel load of cash and they have four provinces who lose money trying to make that national team successful.

Overall the model makes a fortune. The Grand Slam win secured the IRFU over €20 million in prize money, while sponsors like Aer Lingus and Vodafone will have a battle on their hands to stay associated with the winning team.

The biggest strength, for me, in Joe Schmidt's time with Ireland has been his man management and his ability to make big calls.

When Schmidt and head of rugby performance David Nucifora sit down to discuss the squad depth and contract policies of the IRFU, they have both the future of the team and the future of player's careers in their hands. This is where Schmidt has earned his crust.

Before this season's tournament, people were shouting from the rooftops that Ireland could not compete at the highest level without Donnacha Ryan or Simon Zebo. Both had been deemed surplus to requirements by Schmidt.

The public backlash was huge. Fans were upset that their favourites were being left behind. Little did they know that Schmidt had players coming through that he had confidence in and that he felt could add value to his already extremely talented squad.

Leinster's James Ryan did more than fill the gap of his namesake, while Jordan Larmour proved that talent is talent regardless of age.

Schmidt is being heralded for his well drilled side and their pin point execution of set plays, or power plays as they are called these days. The thing is, every coach does that. In every sport. The thing that sets Schmidt apart is his cut throat man management and his ability to operate under pressure.

Let us not forget that Ireland are best set up, every year, to win the Six Nations. Their players are contracted to the IRFU, so they are primed and ready for when Ireland need them. This is the complete opposite of the other nations and something that every one of their governing bodies, either wish they could copy, or wish they had implemented when Ireland did.

Ireland are the only nation with a clear focus for their national team. They don't have to argue with their clubs for player release or worry about player fatigue in any way. Yes, it is a better system than England and yes it gives Ireland an advantage, but stepping up and operating under that umbrella is not an easy thing either.

There now remains just one question for Ireland and in particular Joe Schmidt. Have they learned enough from the last World Cup experience? Squad depth in certain areas is good, but should Ireland have to travel to Japan without Conor Murray or Jonathan Sexton, then they are in real trouble.

Schmidt's legacy could be based on whether he finds back ups for nine and ten in the next 18 months.