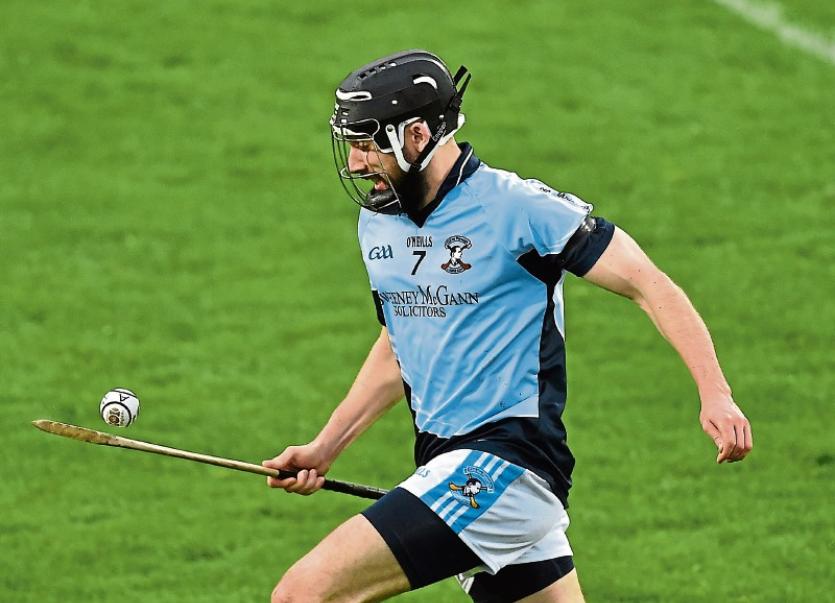 CATHALL King will run out at Croke Park this Saturday afternoon trying to lead his side to a second All Ireland Club title in three seasons.

The secondary school teacher always speaks with clarity of purpose and passion for his club. This week, when he sat down with the Limerick Leader, he was no different than before, well, a little calmer maybe.

“I am a bit calmer. We have been there, so I know what to expect. We know what it is like to run out at Croke Park which is something we may not have had before. We will definitely take our experiences from last time out with us on Saturday.” admitted King.

The centre back also spoke about the honour of leading his men out at HQ on Saturday. Something he feels a real sense of pride in doing.

“It's incredible. I am as lucky as you can be really. It’s an incredible honour. I couldn’t be happier than to lead out these group of men”

The glowing reference for his side might have something to do with Na Piarsaigh's semi final win over Slaughtneil at Parnell Park. The Limerick side were reduced to 13 men following the dismissals of Thomas Grimes and Conor Boylan. The character shown by the Na Piarsaigh side that day is something that has dispelled any doubts in King's head about how good his side really are, if he even had any to start with.

“The semi final performance showed that we are never dead buried. Even after the two lads going, we made sure there was another kick left in us and when we had that kick, we wanted to make sure we kept it going. It’s kind of comforting to know we have that kind of a kick in us, but on the other hand we don’t want to be back in that position again. I have no doubts about the lads and their capabilities. If I had any doubts, they are well and truly gone now.”

With two positions up for grabs now, due to those suspensions being upheld, King knows that the depth of the panel will be tested, but he is also confident they can meet that challenge.

“The lads have always been pushing for selection all along, but there has been more of a bite to training in the last few weeks. There has definitely been a load of lads putting their hands up and we have a big squad which is perfect for the scenarios.”

With at least two new faces to come into the side, will captain King be throwing his arm around the younger player's shoulders to offer some advice, or will he allow them to sink or swim on the big occasion?

With an injection of youth comes hunger and that is a trait this team seems to have in abundance, even with all the success they have had in the recent past.

“Massive hunger. No one likes to be at home and watching the other teams going out and playing in the latter stage of championships and you can’t be there. We had to sit back and watch the semi finals of the Limerick county championships last year and that kind of struck a nerve with us. It drives you on, as much as it would other teams” admitted King.

And what of Cuala, the current All Ireland champions?

“They are a great side. They are the reigning champions and they are fantastic hurlers. They have earned our respect and they have earned the country’s respect as a good side and all we can do now is go out and try and take them down”